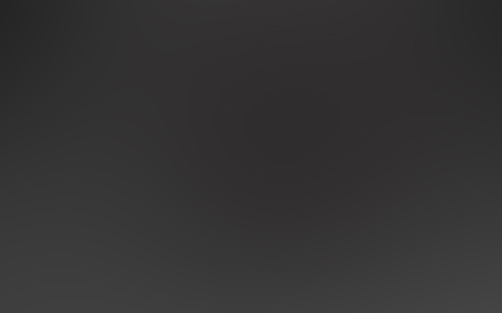 When staying with Sharon the electric had gone out about 11.30. I had gone to bed about an hour before. Sharon was still downstairs, she went to check the trip switch I could hear her feeling around inside the electrics cupboard where all the fuses. I called out to Sharon asking if she was ok. I could sense the fear in Sharon’s voice, I climbed out of bed and went downstairs. Once downstairs we checked the fuse box together but on going to look outside we realized the whole village had been plunged into darkness. Sharon got a phonebook from next door neighbor and rang the electricity services. Their automated service had connected Sharon’s phone number and postcode she had given to an address in Yorkshire!

It wouldn’t connect her to the appropriate department. Sharon’s neighbor couldn’t use their phone as it was electronic phone base. Chris who is bit of a chauvinist and a bit tipsy, he called in to show us mere women, how to do it!…. He got exactly the same response… Eventually Sharon got another number and the blackout was reported. Unfortunately the electricity services couldn’t offer a solution until 7am. Whilst we sat up I could sense a young boy spirit at Sharon’s backdoor. The next morning all was restored. About 9.00a.m. a customer service employee, called to ask if the situation was now resolved. This was the conversation:

Sharon asked what the problem had been and to the horror of my friend it had been discovered some fool had been stealing two of the main fuses in a sub station (probably for the copper inside, or burglars have been known to do this to cut out an area to steal from too).Sharon told her how horrified she was to hear this as they could easily have been killed. She told me 12 months earlier a young man had been killed in Yorkshire (she named the village but I forget the name now) it was the same village the automated service was connecting to my friend’s phone address. We didn’t realize this until Sharon’s friend Geoff pointed out, “Yorkshire? Isn’t that were you’ve just been telling me the phone connected to! We both looked at each other!!! The young boy’s spirit was actually trying to give us the answer to why the electric had gone out!

DAWNIE STORY:
Special Note: You get another paranormal story from the HPI Case Files! The story starts now: Okay, where should I begin? When I first moved in with my daughter, I was pulled off the bed and was held down by a force, and when I was released by this force, I tried to get my daughter off the same bed and I was not able to lift my daughter from the bed, she was weighted down. I have seen “shadow people” and apparitions in the corner of my eye, I call this my “mind’s eye”. I can envision what they look like in full form, we have had priests come bless the house it has only made whatever is in the house meaner and tonight (9/11/11), my roommate’s son was possessed. We said the St. Michael prayer and blessed him with holy water. He is only 6 years old, but had this evil stare and writhed in pain as we placed the holy water on him. One night my prior boyfriend was over and spent the night. On this night, I was beside myself, I was sick to my stomach after this occurrence I was very angry toward my boyfriend and children. I am not by any means an angry person. I am very loving and caring and compassionate. My boyfriend said I was not myself. Honestly I did not feel like myself. about 3 weeks ago I was up very late and on the phone with a close friend I heard an evil voice. I have never heard before and this evil voice spoke my name. I cannot stay in this house it. This entity, this ‘it’ has caused me to jump when I hear it, it causes me to constantly to look over my shoulders, it has caused me to panic and has brought on extreme anxiety. It has made me cry like I have never cried before. And tonight I was doing my laundry I heard something in my garage scuffling about, everyone was in bed I looked over and saw an orb floating, then a shadow of a small figure. I saw this with my own eyes. I have seen a little boy with black eyes watching my 1 month old. GHOST IDENTIFIED: LITTLE BOY WITH BLACK EYES. When I sleep with my boyfriend, I have felt its presence. My bedroom door was practically kicked down and my Virgin Mary statue was shattered. One of the entities made me fall and hit my head. My daughter Aaliyah continues to receive scratches that appear almost as if out of nowhere and since the birth of my son Bradley, I to have received scratches and bruises I cannot explain. There have been so many occurrences I’ll be here all night writing you a story.

My roommate’s daughter Ruby was lifted off the ground and thrown by a thing with claws. Her daughter Breenna has saw a figure of an evil lady in period clothing and long evil fingers my boyfriend believes that this entity is attached to him. He explained that this figure is gray in color, has a long body, has frizzy scraggly hair and an evil animalistic face with tusks. So this animal faced entity has the body of an old woman! Our families will have family night in the family room or just sit casually and have conversations. We hear walking and dragging as well as loud thuds in the attic, there is a hole that is perfectly cut out that leads from the garage to the attic. We do live on Indian burial grounds, but have no idea of what is or has manifested itself to this location. But I can tell you it is nothing holy or angelic. We cannot be left alone in the house, we go in rooms as packs or doubles it is very bad when we cannot feel safe in our own home! These entities are becoming more volatile and they are letting us know that they are here, they are bolder and becoming a dominating force. The activity has increased ten-fold.

We also smell god awful odors and witnessed maggots, yes maggots falling from our ceiling. The kitchen floor has been covered with maggots and the stench is unbearable. By no means we are dirty people, we clean the house all the time. In fact my roommate has cleaning OCD, so we are not the problem, it’s the entities that harass us and cause infestations of maggots in our home. We are at a point we do not know what to do but have the house cleansed or investigated. EMAIL: [email protected]