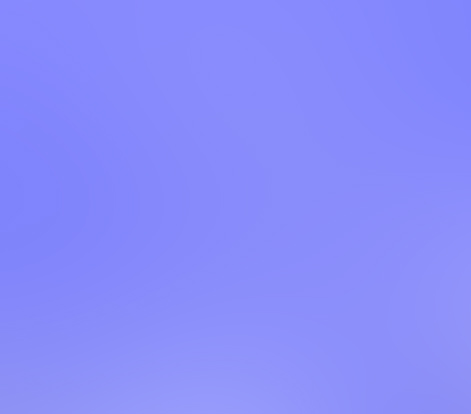 I read today in The Daily Galaxy, that two California scientists affiliated with CIT and JPL announced they had found that  a chemical exchange exists from the surface of Europa to the salty ocean below. Covered by an ice shell, since 1989 when the Galileo mission did a fly by and sent wonderful photos back scientists have speculated on the possibility of life in that subsurface salty sea. They postulate that since earth’s life probably formed in our salty ocean, there may be a good chance the same could happen there. Now, with the knowledge that there is an exchange of important nutrients, the chances this moon could support life increase greatly. That jogged my imagination.

Our solar system formed a few billion years ago. I suspect both Europa and Earth had plenty of time for life to evolve, given the correct conditions. Now, since we know to a certain degree what happened here, we can speculate just for fun that the same happened there. However, I suspect if there is intelligent life there, they probably breath through gills. It brought to mind an old comic called Aqua Man. This dude had a fine set of gills on his neck. I once remember a story where someone speculated that when Atlantis sank, the inhabitants adapted and grew gills. I also read that these Atlanteans simply wore apparatus that extracted oxygen from the water, like a gill. Well, I believe we have that technology now. And we can certainly turn that salty ocean into potable drinking water. There’s a big debate in Monterey, California over the construction of a desalination plant as we speak.

I know people who have seen UFOs either emerge or submerge into the ocean. This is a very well documented phenomena. There are numerous Navy Witnesses. There have been numerous reports of USOs in the Santa Barbara Channel off the coast of southern California. What if these are Europans just going somewhere where they can breath?

What if these Europans have gotten the jump on us and mastered interplanetary travel? What if they are a few hundred, or even a few thousand years ahead? After all, humanity spent a lot of time evolving from  sea creatures to land creatures. That took several million years, if one ascribes to Darwinian theory. And if so, wouldn’t that give the evolutionary edge to the Europans? I don’t think the idea is that unreasonable. I mean, someone or something is driving those flying saucers into the sea!

ARE WE EUROPEANS OR EUROPANS?

Imagine if you will, that there evolved a high technological civilization on this frozen moon.  If so, it is reasonable to assume they would grow curious as to what exists above the ice shell? We couldn’t wait to get to space, and we see it every night! Imagine the curiosity once that society realized something existed outside that icy barrier. I think it is reasonable to think, that like us, one of the first great expressions of their technology would be exploration. So if they are thousands or even millions of years ahead, they could well have been here even before us!

What if the Europans are the Annunaki? What if this race is the one who genetically modified our ancestors? Perhaps we are all Europans. If adequately technologically advanced, why not create an advanced race who could live on top of the crust on their planet? All things colonize. And intelligent life colonizes intelligently. We have realized our peril of being trapped on only one planet, for quite awhile. Look what happened to the dinosaurs. If they would have had a colony on the moon, they would be here today. That is why we constantly speculate on terra forming Mars. Security is a powerful motivator, and securing the future of the race is an all encompassing desire. Why would it be any different for them? And if we needed to genetically modify humans in order to make colonization much easier, we would probably do that. So are we Europans?

I wrote months ago of Linda Moulton Howe’s story regarding a genetic study done by University of Washington scientists along with University of Pennsylvania and several European schools. Joshua Akey, Ph. D. did an interview in which he talked of how they chose five differing tribesmen from different areas. All lived a primitive lifestyle, and spoke the “click” language. These scientists ran each individual’s entire genome over sixty times each. This redundancy was necessary to prove what was found. In all five individuals they found what Akey termed DNA “most resembling that of modern man.” And this DNA was traced back two million years!

So, how did modern homo sapien sapien DNA make it into these tribesmen’s ancestors so long ago? And is this the ever elusive missing link that anthropologists have searched for since I was a young student, and even longer? The Sumarians told of gods that came down and made humans to work as a slave race. Many, many cultures have creation stories involving star people. Is this such a crazy idea?

I am not speculating, just dreaming. But this scenario is probably as good as the next, and it provided an afternoon’s entertainment for me!