UFODigest.com » Aliens and UFOs » Let’s Get Down To Business 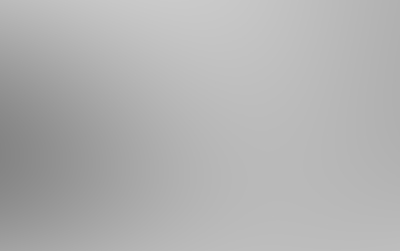 I am just tired. I am tired of debating what everyone should understand by now. There are things flying in our skies. But the public does not know what they are, or who is flying them. But the fact is, when millions have seen them, and are willing to state their name to express their sighting to someone other than family, something is there! Thousands have observed the same UFO. Fatima comes to mind. Some call them angels or heavenly beings, some say Anunnaki, who knows, maybe “The Borg?” At this point that is somewhat immaterial as we  don’t really know.

Yes, there are claimants by the hundreds who say they are hybrid aliens, or even will tell you which star system they hail from. And in a few cases, they really are quite puzzling. But, we are still waiting on some form of definite answer. And I think we all agree that the government is the least likely avenue for disclosure. At this point, I may have more faith in some entrepreneur than any government or other corporate or large organization. Not to say we never hear truth. We just hear small pieces of it, whatever presents the informer in the best light. The other “inconvenient truths” are just swept under someone’s rug.

I am weary of this discussion. I am weary of all the holy book explanations for our visitors. I don’t think they are all that pertinent to the situation. These books are written by observers of the particular prophet, as best I can see. And even the best reporters occasionally misquote someone. I know, I had to run many retractions in several newspapers in my career. I never minded, as I had great reporters at my papers. But they made mistakes. Bob Woodward would admit to mistakes, because we humans just don’t hear things, or observe things alike! We slant everything because that’s the way our brains operate. That is how they decode the stimuli they encounter. They look for a quick, preprogrammed way to categorize what we sense. We are always allowed to go back in our memories to examine things again, but those conclusions are likely even more incorrect. That is one reason why eye witness testimony is fairly easily refuted in court cases.  The bottom line is that we are unreliable witnesses, not of our own fault, just bad engineering, I suppose.

I generally don’t discuss religion, as it is usually frustrating. But all religions provide wonderful teachings, I just don’t think anyone was truly quoted. I am not against religion, if it is practiced in the correct way. But without naming names, I think we would all agree that some take their religion way too far. They become radical. And they feel entitled over non believers. I think that pretty much goes against all religions. Yet, who can deny that many religious hierarchies are more powerful that many national governments? There are billions who define themselves as Catholic, Muslim, Buddhist or Hindu. And we haven’t even touched on huge religions from around the world. If a high priest and council make decrees that must be obeyed to continue to call yourself one type or another, then someone is doing your thinking for you. Even if you believe the high priest is speaking for God, why do you need the middle man?

I am not atheist, as I believe that is the same as saying I am one religion or another. Atheism is just as much based on faith as any religion. It is just the opposite view. No, I believe in a Great Spirit. But I don’t think that necessitates a system of inequality where the individual is punished for forming a contrary opinion, or often, even asking the wrong question. I believe all teachings have value, but I believe the individual should be freely able to be included in a society even if non conforming. Free will, I suppose.

So when some religious faith like the Vatican announces that we may not be alone, I’m sorry, but I have to say, duh!

HOW WILL WE FIND DISCLOSURE?

I think the most likely avenue is through our own DNA. I think once we get more fully acquainted with genetic study and the understanding of the “junk” DNA, which makes up a high percentage, we will find inconsistencies.

Last fall, Linda Moulton Howe did an interview with Joshua Akey, Ph. D. from the University of Washington, where he stated that he found, in the genomes of five differing people, DNA “most resembling modern man.” However, this DNA was from two million years in the past! Now, this is not some fly by night outfit stating this! This is not only the University of Washington, but the study was also involving the University of Pennsylvania and several European universities. These are well respected academics who are stating these findings. Granted, the study was incomplete at the time, but each genome was run sixty times. That seems reliable. And Akey’s conclusions may have been only his own, but that is not my impression.

A thousand years ago, when I took anthropology in college, our biggest quest was to find the “missing link.” Well, it is still missing. That transformation from an animal to a thinking human. As far as I know, we are still in the dark, even on the time frame of such an event. And the theories range from strict Darwinian evolution to Creationism where the world was made in a few days. And everything in between, including genetic tinkering by extraterrestrial intelligences. I do not discount that last idea. After all, don’t we genetically modify our food including plants and animals? We cloned sheep quite awhile back. And Dolly was quite beautiful with a nice wooly coat! Why shouldn’t an alien civilization do just as theorized by Zechariah Sitchin? Perhaps we were created as a slave species for a civilization thousands or millions of years advanced.

I suppose I am just trying to be scientific. Though I believe myths teach, and dreams have their place, I also believe in hard evidence. And that is the ultimate prize, I think.

WHAT HAPPENS IF WE DO GET THAT DISCLOSURE?

Well, I don’t know! I can speculate, but I’d rather just make this point. Our society needs to quit being in denial regarding the UFO presence. They are there! There is overwhelming circumstantial evidence as demonstrated by millions of very similar witness reports. And even when looking at the very early reports from history, when the flying saucer phenomena was in its infancy, the reports were very similar. And the reports from abductees also have amazing similarity. John Mack, a professor from Harvard said these experiences were definitely real to each patient. And not knowing each other, patients told basically the same story. And as a psychiatrist, he was able to state authoritatively that these were normal folks. They were not delusional.

Perhaps, as abductions pile up, the same kind of circumstantial evidence as the UFO evidence, will become overwhelming as well. But I don’t believe it to be there yet. John Mack did. Perhaps disclosure of many more will come out, but I am worried. I detect an apathy in the young people. Perhaps it is due to the stress of trying to get by in today’s world, but that type challenge has always existed. It just changes its clothes, if you will. I am hoping for a new curious and young group of investigators. But I fear the numbers are dwindling.

Perhaps that will be the result of disclosure. Apathy. Ho hum, another alien. Just wish they’d quit taking our jobs! But my hope lies in the internet, and keeping it freely accessible. The web is a global consciousness. It allows such instantaneous communication and examination of ideas, that knowledge should grow exponentially. This is the difference in the horse and buggy, and the space shuttle. Just in the last few years, the improvements and speed of the net have been incredible. And there are unimaginable technological advances on the way. It is a wonderful time to be alive. And this expanding awareness of the populace should lead to enough knowledge and pressure on the powers that be, to squeeze out some truth.

Richard Dolan says that In the early sixties, the government had computing technology that was not equaled in the public domain until the early nineties. A thirty year difference. It is known that the stealth planes flew for years and were reported as UFOs. Then that secret was revealed. Recently, the government revealed their unmanned space planes. One had just flown in orbit for more than a year. By the fact that they revealed this plane, I assume it is obsolete and they have something about thirty years better!

I realize the case for secrecy for national security. And I am fine with that concept. But if a government classifies sixteen million documents top secret in one year only, I have to wonder what is so secret? Are they keeping secrets just because they can? And how many economic and life style problems would some of that secret technology solve? Yet, I assume most secrets are kept purely to preserve economic monopolies. If you can fuel your car with Tesla free electrical energy, Exxon goes out of business right away! Can Exxon force a government to keep a secret? Well a few years ago, the world’s largest company received a several billion dollar tax refund! So, yes, I think they can buy about anything they want. That is why I don’t believe the government, or any other entity with a price tag, will provide disclosure. And I am unsure I would believe them if they did.

It will take a doctor, or scientist to come up with some evidence that is irrefutable for disclosure to take place. And hopefully, word will go viral on the web.Or perhaps it will be you who exposes the world’s greatest secret. For one, I’m pulling for you!

The point is that I believe ufology has become unable to see the forest for the trees. I feel too many really fine researchers and authors become caught up in their current theory, and become closed to the bigger picture of discovering who is inside those UFOs. And what our rulers are hiding. And why are there so many secrets? Instead we find ourselves cowering, afraid of nineteen terrorists to the extent we give up provisions of our Bill of Rights. Until people think of the big picture, that we are all in this world together, nothing will change. The Golden Rule is still the very best. And if we all applied it, we would have disclosure!