UFODigest.com » Aliens and UFOs » Alien Abduction » WANTED: Someone Willing To Meet An Alien 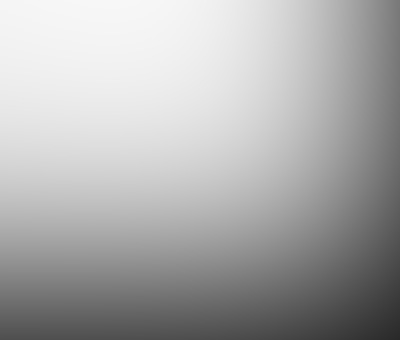 Never ask a question that you don’t want answered. Always sage advice, but this time I actually would enjoy several of the answers I received when I authored a piece here at UFO Digest. I challenged ET and called him out rather roughly. I was simultaneously malevolent and benevolent. While letting ET know he had a public relations problem, I offered my assistance. I informed him that his reluctance to show himself was being interpreted as cowardice. That we all understand that UFOs are real, but don’t understand why disclosure is so difficult. I also said that while humanity was violent and war like, we were loving and forgiving. So, as soon as it appeared I began to receive answers. Every one I received I found to be entertaining. As is my wont, I answer every email or comment I receive, and the responses were very indicative of some very sharp minds. Most enjoyable, and in one case a longer communication than anticipated.

DID I FIND AN ALIEN?

Perhaps! One chap in England contacted me to offer contact. You see, he says he is an alien, and has some pretty impressive history to support his claim. Going back to the late seventies, he was investigated by BUFORA, the British equivalent to MUFON. This was no fly by night investigation. In fact, a book was published in which this case was featured prominently. Apparently, he made a garage act as if it were in an earthquake when the surrounding buildings had no reaction at all. And this was accompanied by a sighting of streaking light! In fact, according to the story, one member of the investigative team not only retired from the area, he retired from the pursuit of UFOlogy.

He has also been interviewed and written up in numerous newspapers in the United Kingdom. So, naturally, I was intrigued. Thus began our journey together. Gary has become my favorite ET, and even if he is just some lunatic messing about with this old Indian, I have enjoyed the joke immensely. And if he is seriously an extraterrestrial intelligence as he claims, he has promised some incredible things to humanity.

Gary led me through some of his previous experiences here on this big blue marble. A trip through the founding of the Mormon Church where Gary provided the inspiration to the founder. He seems to have at least been an observer during the life of Jesus Christ, and at the very least knows a ton of history. Together, we have visited the writings of Nostradamus, and explored the hidden meanings in his writings. There has been references to other religions, but space does not permit such detail here. Suffice to say, if any of his claims are true it would represent a miracle to we pitiful stupid humans. And at the end of this journey through history, he has offered some proof. However, it requires a serious researcher located in the United Kingdom who has a desire to travel to Staffordshire. A religious background is unnecessary.

Fortunately my contacts in the United Kingdom are quite well known and, therefore, very busy. Writing books, doing radio shows and making public appearances keeps them rather occupied. So finding someone to act as my eyes and ears across the pond is proving a bit difficult. Someone who may be young or inexperienced may be fine, it mostly depends on attitude and ability to travel a bit. Of course, not just any Tom, Dick or Harry will do. But a student, or beginner who is serious and responsible might just make history. Or at the very least, go on a rather entertaining wild goose chase. I am unsure of Gary’s legitimacy, but others are unsure as well. And they have done extensive investigation on this ET.

You see there is a prize involved. Not for the applicant or myself, but for mankind. You see, Gary has offered to lead this applicant to ancient artifacts. And these artifacts are possibly very significant to the world’s religions as well as an incredible historical find. However, I must caution that thousands of people have claimed to be aliens. Thousands have claimed some incredible religious knowledge. And so far, 99.9 percent have been hoaxes. This is not to shed a negative light on Gary, just stating the facts of these investigations. So I would invite anyone interested to send a short note to my email account. I don’t want to read a book!! As I stated, I will answer every inquiry and if interested, will develop further contact. So here you go,

Gary has some impressive bona fides, otherwise I would not pursue this avenue. I believe, as stated, there is an interesting story here and perhaps more. And it might provide a most interesting spring break from school.