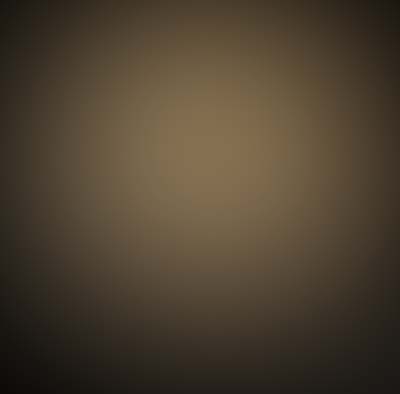 On March 13, 2013, NASA announced they had found the conditions present to support life on Mars in the ancient past.

Let’s sit back and ponder the implications of that brief statement. Of course, they made clear they were not saying they had found life on Mars. But they did say they had found a few organic microbes. These are not the kind that evolve, more like the kind that live in Mono Lake or some other supremely inhospitible place. Those that may feed on arsenic or something. Extremophile is the term.

Yet, simultaneously they stated that they had found all the chemicles and minerals necessary for complex life. In fact, they said all the elements necessary were there, and perhaps are there now. John Grotzinger, JPL, said that if you were present on the planet at the time this rock sample was formed, and there was a creek running by, you could have scooped up a drink of pure water. That is an incredible statement.

I am proud to say that my friend is Richard C. Hoagland. His mind is a wonderful thing to explore, a great big brain to pick! I could recite his biography here, but you don’t need to read it again, and I don’t want to type that much. Suffice to say, Walter Cronkite and CBS News thought enough of him to hire him as Walter’s science adviser during Apollo missions. Nuff said.

Richard told us long ago that Mars had water. People scoffed. His peers scofffed. I did not. Now, water on Mars is a given. Anyone stating wonderously that Mars has water, would be met with derision and duhhh! But just a few years back, that same person would have been ridiculed and told that he was crazy. Well, they threw Galileo in jail because he said you could see better through the telescope he invented. He set it up in the public square, and invited people to look through it. No one would, so Galileo grabbed a dog and forced it to look through the eyepiece. He said he did not want anyone to claim that not even a dog would do that. That was before he went to jail.

Copernicus suggested the earth was not the center of the universe. However, that was not published until after his death. Good thing! My point is that those who are ahead of their time always get ridiculed. If you don’t agree, think of how opinion polls consistently say most people, or at least a very large segment, believe ufos are real. Yet go tell your neighbor you saw a ufo and you will probably be laughed back home. Resistance to change is human nature.

AND NOW, THE REST OF THE STORY

Since NASA has told us, in so many words, they will not be surprised to find evidence of ancient life, the next step is apparent. Did that life evolve? That seems to be the way of things. NASA said the sample they took could be billions of years old. Seems like good water, chemicles, minerals, and the sunlight would have had plenty of time to develope. Did they grow up and become intelligent? Were there Martians?

According to Richard Hoagland, the answer may be yes. He has made no secret he believes there to be ruins of ancient civilization on the Red Planet. I, having examined the evidence, must agree. When one looks at NASA’s own photographs, it is impossible to miss the geometry that almost certainly is not produced by natural forces. I feel pretty confident making that judgement just by observation and the naked eye.

But Hoagland goes a few light years further. He does the math! Though naturally talented at the three R’s, I am no physicist. But Richard is. And his proof is all but undeniable. I can follow his math for the most part, though there is a point where it may as well disappear into a black hole, for all I comprehend. And what I can follow seems decisive to me. So what happens now?

Well, my grandpa once told me, “son, if you got a winning horse, ride it!” And I see no reason to ignore that advice. Richard is compiling quite a track record of predicting NASA’s next move. And he has some astounding theory to present soon. He will be presenting in Los Angeles in April. And he is popping up on Coast to Coast AM periodically. You know how media loves to tease a story. Well, this will be one worth the effort.

I won’t get too far into the philosophical implications of past or present life on Mars, except to say that it will change everything! Religion will have to make adjustments. Some science will change drastically. Egyptology comes to mind. You see, I think the face on Mars will eventually be connected to the Sphinx in Egypt. But that is just somewhat educated conjuncture. But, at some point, Curiosity will see something intelligently constructed, if it has not already. And that implies extraterrestrial intelligence, whether it is native to Mars or if the planet was colonized makes no difference. It will mean we are not alone!

While that statement can blow your mind, it is not my main excitement. Mine is the door that will open to all that history that will need to be written, and re written. We might have to redefine what it means to be a human being. Are we Martian? Or were Martians just colonists of another civilized people? And so on, and so on. If we are Martians, our earthly history, religion, and reality will have to adjust. Any one of those is a huge adjustment for society to make, but taken all together could just tip a precarious balance. And that leads to the government.

WILL WE EVER KNOW THE TRUTH?

Anyone who has listened to Alex Jones and his inforwars website, understands that once one suspects a conspiracy, reality resembles an onion. Every time you peel off a layer, you are met by another. You find a morsel of truth only to be faced by another doubt. Who can you trust, and when can you trust them? And suddenly, you realize the answer is infinity. There seems to always be another layer on the never ending onion of reality. Therefore, you just have to draw a line. You have to find a base upon which to base your own reality. Otherwise, might as well just stick your head in the sand.

I have decided to trust Hoagland on this matter. I realize that is a tremendous amount of trust to place in someone. But my trust is as much with the process as with the person. Richard has made a life study of hyperdimensional torsion field physics. It is a mouthful for sure, and even harder to understand than to say. But once you grasp the concept, this physics explains so much. And Richard is, again, light years ahead of the rest. So I feel rather confident in drawing my line with his theory, and the guy behind it.

I would suggest everyone to listen to Richard’s interpretation of what NASA is trying not to say. It is enlightening to say the least, and just might force you to draw your own line a bit differently when defining reality.