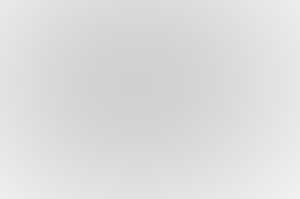 The following is part of a letter response to a friend UFO investigator who
is working with a researcher/inventor who is interested in understanding and
reproducing “the electronic fog” (or as I call it “the distorted
atmosphere”) that has been reported by some other UFO experiencers over a
period of many decades. It seems to envelop the craft as it slowly moves
from place to place. (If you look closely, you can see it envelop some of
the craft on videos or film that have been taken throughout the last few
decades.)

(The drawing is a disc in the “electronic fog” or “distorted atmosphere”
disappearing and reappearing ahead of itself at the Sheridan Creek Fire
Guard Cabin, June, 1957.) Click here enlarge top artwork.

My letter response to the friend’s previous letter:

“Thanks for the info and kind words. If you are interested, there are a few
more things that I can pass on to you and your researcher friend (concerning
the “electronic fog”).

First, I believe the strange feelings we had and being somewhat disoriented
when we walked into the distorted atmosphere (during many encounters) might
have been an effect caused by the magnetic flux produced by the propulsion
system of the craft. I suspect this because during the Bethany Grade School
Playground encounter, I was shown what I now know was a large magnet in the
bottom chamber of the windowed saucer. The magnet was attached to what
seemed to be a metallic arm that extended to the center point. We also were
given very detailed information concerning the mechanics of the discs and
possibly the windowed saucer at the Sheridan Creek Fire Guard Cabin.Chapter
Nine of the book Eminent Discovery, when the familiar strangers, the orphans
and my friend and I were given the lecture inside the elliptical-shaped
object. This was after we met the historic inventors. Placing this
information with some information a fellow gave me in Seattle concerning the
internal inertia engines he had developed leads me to believe that our
time/space continuum is defeated or “warped” when the magnet is spun to a
high frequency.

This is also somewhat supported by the information Robert Lazar related, in
his famous video interview, in his observations concerning the alien discs
with which he was involved..the discs disappearing and reappearing at
another location repeatedly due to the spinning of internal magnets of the
craft. I saw it occur at Area 51 on the video, “UFOs-The Best Evidence.” It
was very similar to what those people who were with me and I witnessed when
the craft disappeared and then reappeared ahead of itself again and again.
Unfortunately, I didn’t pay close attention at Sheridan Creek Cabin and I
don’t recall the technical details we were given during that encounter at
the Cabin.

Actually Eric Julien in his book “The Science Of Extraterrestrials” explains
the distorted atmosphere in greater detail. He has received his information
from someone who I’m sure was other-Worldly. He contends that it is an
overlapping of another time/space continuum on ours, thus inducing all of
the weird effects. The thing is, we don’t really know enough presently to
even come close to manipulating time/space continuums. If Eric’s analysis is
correct, it is a much higher culture that controls the overlay of the other
reality. The implications, I’m, sure, are beyond the human mind at this
time.

Yet, this is not the whole story because I also saw the mysterious men or
guides walk out of a distorted atmosphere, talking as they approached
us.which indicates they knew what we were saying and doing before they and
the distorted atmosphere manifested. This would indicate a much more
complicated set of circumstances.most likely involving the true nature of
what we think reality is.

I have come to believe that reality is strictly subjective, relative only to
the individual human. We are creators who are linked indelibly to the main
creator who we have historically called God, etc. I believe we were indeed
created through what we think are natural processes. However, the processes,
physical objects (including the human body), etc. are simply thoughts or
thought concepts that are regulated by whoever regulates the boundaries of
Earth.or what we have perceived as our intellectual, emotional world. We
live in a box, a body box for the purpose of becoming or learning. The
restrictions and limits are defined initially by the main creator with
Its.His, Her.helpers. We learn and grow from the good and bad.

Dividing reality into boxes of understanding helps us know and grow.
However, it also drives us further from the eternal awareness of actual
reality because we have been so divided in our scientific perception of what
life or reality really is.

Well, I’m sure that’s enough to consider. If all of this is even somewhat
true, it points to the fact that life or reality can be anything imaginable.
Yet, we seem to be forced to live it three dimensionally for the time being.

(You can find John’s Kindle ebooks and paperback books, Eminent Discovery
and To Earth From Heaven, at the websites above and at
http://www.amazon.com. )