UFODigest.com » Aliens and UFOs » THE STORY IN A NUTSHELL – A FINAL SUMMARY…SCATTERED THOUGHTS 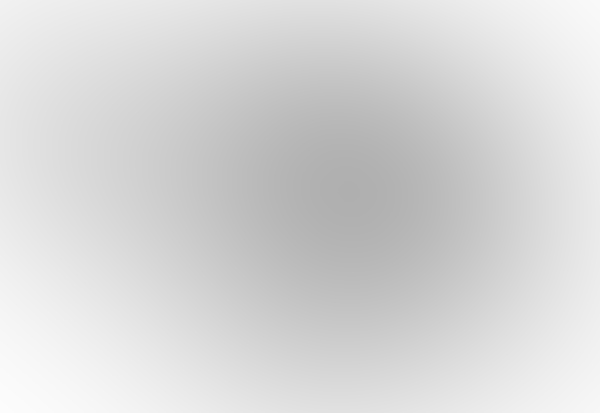 As I’ve stated before, this is a very complex, lengthy story that really can’t be fully discussed in several books, let alone on a website where brief bullets of information are required.

As mentioned previously, I lived a somewhat normal life from the time I was born in 1937 until that fateful year of 1986 when I was 48 years old, when I mysteriously recalled an enormous number of bizarre experiences that had occurred as early as 1939 or 1940. I knew during my 1986 recollections that my life would never be the same. When asked to “go public” with my story in 1988, I nearly died from heart attacks and later from heart surgery because of my fear, anger, anxiety and frustrations. This was caused by the shocking knowledge I received from my memories…memories that:

1) strongly indicated that my life had been orchestrated…i.e, I had been controlled to some degree over a period of 46 years,
2) implicated all of humankind since its very beginning, including various aspects of our sciences, religions and history,
3) provided insights into what the modern and ancient UFO activity might mean,
4) described who “they,” the alleged modern Ets and ancient gods were,
5) showed me in detail what my and others’ future was to be, and
6) suggested and defined an enormous number of other things.

So, in order to discuss a brief summery of all of this, I have chosen to cover a few more of my (what I believe are) important observations and implications with “bullets,” which you can find below under “The bullets of information.” I believe it’s important for you to keep several things in mind as you review the facts and possibilities:

1) I was never alone during the encounters except for a few short episodes.
2) Those people who were with me and I nearly always forgot the encounters as or shortly after they concluded. We were programed or hypnotized so we couldn’t remember.
3) I have met many other so-called UFO abductees and contactees who experienced similar encounters. Some things related to their encounters are identical.
4) I don’t feel I and others like me are any better than anyone else.
5) My primary intent is not to sell books, but simply to pass on the information so that it might help whoever might be interested. However, it is a fact that you cannot grasp the important details or the entire story unless you read my books and look at the drawings. Two of the books and most of the drawings took me 14 tumultuous years to complete.
6) I strongly feel my memories are true and accurate with few misinterpretations.
7) There are several witnesses who have recalled parts of several of the encounters to varying degrees…and there are over hundred or hundreds of facts and happenings that also support the validity of my memories.
8) This is not just a story about me, but also you and all of humankind.

When reviewing the drawings on this website, the books or any other source, keep in mind that copying the drawings is allowed only if you donate $1 per copy to [email protected] through PayPal or otherwise. Copying the text or drawings without permission from this author/artist is a violation of our copyright laws. Thank you for respecting the very hard work of the author/artist.

(Click here for information about ordering the books from Amazon.com or to receive signed copies from John.) (See http://www.johnfosterart.com for copies of additional drawings and original art created by John.)

The bullets of information:

✽ It was obvious that the crafts and men arrived from another dimension not normally seen. A major clue was the gradual development of “the distorted (fluctuating) atmosphere,” then the craft or men…with subsequent activities sometimes occurring in the strange atmosphere and sometimes in natural atmosphere. I have called this an overlapping of another dimension on our three dimensions…i.e. dimensions being time-space continuums.

✽ Once the craft and/or men had arrived, the activity was not in another foreign dimension location, but in our natural three dimensional world at those same earthly locations. The sequence of events fit nearly perfectly into what we had been doing at those times.

✽ This also applied to “the time travels” with varying periods of grayouts while traveling in the craft from one Worldly location to another.

✽ “They,” those who I call “the mysterious intelligences,” began to tell me what they were doing when I was 2 or 3 years old. For instance, they said they were here to improve humankind. Among other things, they told me that humans would learn to build airplanes without rivet or seams, that humans would learn to live without cigarettes, eye glasses, and narcotics within our lifetime. This indicated they knew a great deal about our past and where our culture was headed.

✽ They began what I call “the saucer/booth routine” when I was 3 or 4 years old…and they repeated it again and again over the decades. This routine referred to “eternal knowledge and wisdom” and something to do with the “Indians and buffalo.” I later conjectured that the intent of this routine was to direct our interest and investigation toward the Native American Way. In other words, it subliminally suggested what we call a spiritual quest today was the major objective.

✽ I believe that modern UFO encounters reported by others include elements of the distorted atmosphere. And the mysterious way the craft moves…disappearing and reappearing ahead of themselves…displays what we would otherwise call “spiritual” if it weren’t related to “UFOs.”

✽ These Ets, ancient gods and other similar entities have nurtured humankind throughout the centuries in similar ways that they dealt with me.

✽ They not only influenced me and others with the overt encounters, but they also told me when I was about 12 or 14 that we (they and I) also would communicate through ESP in the future. Some evidence suggested that we had been communicating through ESP before that time, which suggests this also is how they communicated with others throughout the centuries.

✽ In my opinion, they can be thought of as the ancient gods and what we have called angels.

✽ Because they said they can only interfere with the affairs of humankind when things were going awry or were dangerous, I assume we are in charge of our own destiny except for those times. Yet, considering the ESP communication, it seems as if our destiny is orchestrated by them…at least to some degree.

✽ It is obvious that they knew the future when they told me I would have heart attacks 38 years before it happened. And because they demonstrated my and others’ futures during the time travels, or actually took us into the future, it was obvious that they knew the probable future. However, it definitely was only the probable future because one of “the familiar strangers” has died before he accomplished what we witnessed and we all appear much older than what I saw during the time travels, etc.

✽ Because they told me during my last encounter that remembering the encounters would negate their purpose, I’m sure they don’t want us to know the details of our so-called UFO encounters. This indicates they prefer that we live our lives (our minds or awareness) strictly three dimensionally. In other words, as far as they are concerned, we are to live as if there is no UFO activity. It is evident that most people do this. Most people, I’ve found, are not in the least interested in the concept of personal UFO encounters, etc.

While this doesn’t do justice to all of the meanings and implications conveyed during my encounters, it should give you an idea what it was all about. If you would like to receive a more detailed understanding of the story, I suggest you click “Home” above and began reading from the bottom of the Home page. If you remain interested, I again suggest that you read the books. The ebooks are very inexpensive and the paperbacks are a good quality.

For more information concerning how this story affects normal life, click on these two websites and review their blogs. My story supports them to the fullest. And I can safely say what is written in their blogs is the most profound, true and accurate insight that I have run across: http://www.myspiritcare.com http://www.naturalshamadrums.com