UFODigest.com » Aliens and UFOs » WHAT IS THE TRUE NATURE OF UFOS BEYOND MERE UFO SIGHTINGS? 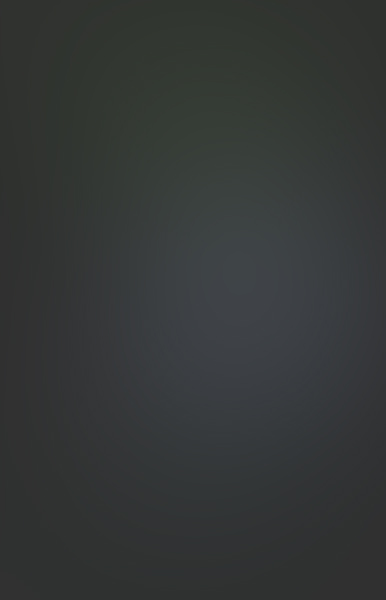 There are few things in our world that have challenged our scientists and theologians more than the phenomenon of UFOs, which recently have been considered a part of our history. This includes ancient history and Legendre.  In an attempt to define more clearly the true nature of the phenomenon, I have written my second book which is entitled To Earth From Heaven. Besides

addressing UFOs in general, To Earth From Heaven offers an analysis of my encounters particularly, because I am certain that my memories are accurate and I am sure what others (the people who were with me) and I witnessed seemed to defy what we know as science as it has been defined by those who uphold the theories of academia. During my lifetime science and religion seem to have been at odds…at least for some people, one defying or denying the other. Yet, when the strange phenomenon that others and I witnessed is married to our present understanding of physical and human sciences, the gap or conflict between science and religion seems to disappear.

The following begins to address this conflict…Chapter Two of the book To Earth >From Heaven:

Of course, the big bang questions precipitated by all of the hoopla surrounding UFO sightings and close encounters rally around:

* Are we, the society of the human race, really who we think we are?

* Who are we, really — as individuals?

* How do UFOs, the UFOlk and we now fit into the entire scheme of things?

I believe some others and I have at least a part of the answers. If you’ve experience what I have, you would know history also harbors a large piece of the UFO puzzle — and you would know life exists well beyond past, present and future. Several authors and UFO researchers have advanced this UFO/history connection in recent years.

Like most people, I had no idea squirrels and rabbits associated or socialized, to any degree, before I witnessed the nose- bite fight-ritual described in Chapter One. Neither did I remember, at two or three years old, anything about UFOs before our weird family experience at Louisville State Lakes. The two experiences have common characteristics. Among other things, they’re both short glimpses into the unknown. But, as I’ve said before, people believe the rabbit/squirrel story, but they have a hard time accepting UFO stories because they are sometimes just too bizarre. Yet, believable or not, UFOs are important; they seem to peak our curiosity, siphon our interest and tickle mysterious remembrance in the backwaters of our minds. Because of our curiosity, our interest and limited remembrance, we need to know: Are we the rabbits or are we the squirrels in this out-of-this-world confrontation?

Even though I didn’t remember any UFO encounters after the Louisville encounter, I learned later in life that UFOs, indeed, interacted with people at times. Even at 12 years old I had heard about close encounters in Nebraska, my home state, and in Lincoln, my home town. My 1940s/1950s neighborhood rumbled so heavily with flying saucer talk during one period, you really had to be in mental limbo not to believe something very real and very strange was going on. As far as I could determine, it was a near given: flying saucers were real. And they most likely have been real since before my birth in 1937.

Whether they consider UFOs real or not, some people object to seeking answers to the UFO question. Some are simply conservative and don’t want to upset their present concept of life. Others fear society will settle on one incomplete understanding and harbor it forever. And many others feel UFOs might be evil or satanic. These people want to completely ignore the subject and maybe it will go away, or so Satan can’t receive the glory. Yet, history indicates that a part of humankind has labeled every major discovery evil or satanic and we find later that it never was. History also proves that if we don’t seek answers to the mysteries of life, we don’t progress culturally. While we’ll never know the total truth, it’s necessary that we rest on advancing, incremental plateaus of understanding if we truly want to progress and live the natural truth.

What’s astonishing to me is that after more than 60 years now, we, the most technically advanced civilization in history, are still asking the same UFO questions. It seems as if we’re still stuck in a sort of UFO stone age, where, like the rabbit, we quickly and shyly stuff all UFO confrontations into our past. They are safely stored in our minds as our was or were, not our am and will be. It’s time for us at least to take one small step forward for humankind, to get on with it and try to answer at least some of the simplest questions. Merely trying to understand the incomprehensible can benefit most everyone. As they say, all it takes is an open mind, but not so open that your brains fall out.

Come along with me on an exciting adventure, to open the door of mystery, to seek answers to some of the questions that have plagued humankind since the beginning of time. You, too, might discover who you really are, who you have been, and who you will be (who you might be). I should warn you, there’s a chance you might be harmed – not your body from the bite of a rabbit or squirrel, but your sense of well being from a genuine confrontation with the mysterious truth. You, indeed, might discover you, too, have had many UFO encounters but don’t remember. Even if you don’t have UFOs in you past, your total sense of being even might be transformed in the process.

Whether you’re having a hard time accepting the previous UFO story or not, let’s now plunge headlong into the unknown so you can possibly understand more fully. It’s important for you to keep in mind two outstanding facts as you continue this adventure with me: 1) I was never alone during my UFO experiences except for a few short episodes and 2) those with me and I always forgot the encounter as or shortly after it ended. The mysterious intelligences mysteriously hypnotized or programmed us so we couldn’t remember.

You should also keep in mind the scope of my experiences is somewhat different than others’ UFO encounters. For instance: 1) I never encountered the little grays. 2) My experiences have no connection to the military, the men in black or cults. 3) I remember an enormous number of details. And 4) over 125 people I knew well experienced one or more encounters with me. Because some of them who I’ve contacted wish to remain anonymous, I’ve used pseudonyms throughout this book to protect their identity.”

You can find additional information and information about my encounters and the books I have written at http://www.johnfosterufos.wordpress.com.

Wishing all the very best to everyone….John Foster

For more information or to purchase this book through AMAZON.COM simply click on the book’s title:  To Earth From Heaven