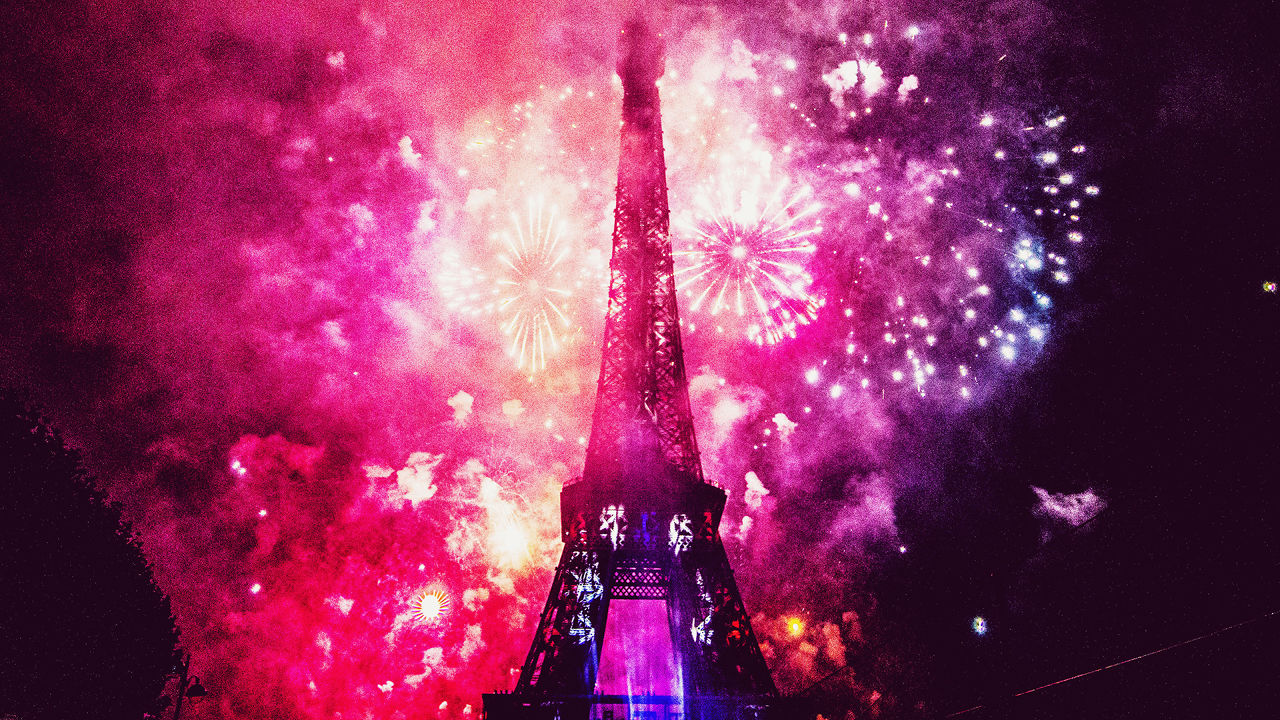 By now, most of us have heard about the Bastille Day Massacre where Mohamed Lahouaie Bouhlel drove a 19 ton white Renault Lorry into a crowd of people celebrating the holiday and killing 84 people. Bouhlel himself was born in Tunisia in 1985, and had a French Residency permit.
According to reports, Bouhlel had no ties to any Islamic terrorist organizations, however was depressed, had a criminal background, and he was (as usual) “a loner.”
http://www.telegraph.co.uk/news/2016/07/15/who-is-the-nice-terror-attacker-everything-we-know-so
Viewer take Note:
The Explosion Shown Below IS an “accident” …
<By Order of the French Government and Mass Media> 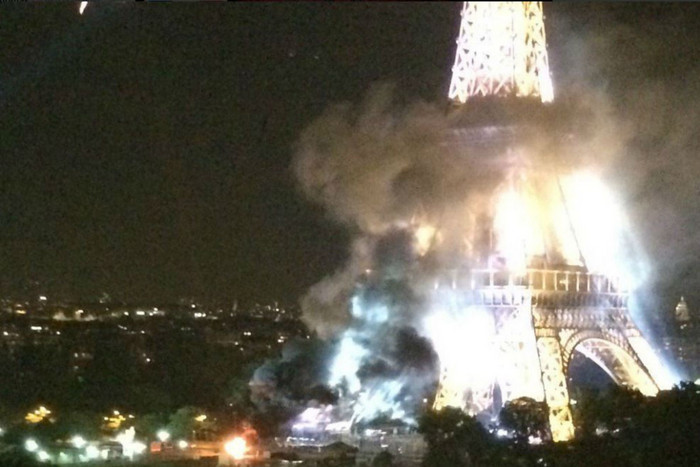 “Ignore the Man Behind the curtain!”
http://www.newshub.co.nz/world/eiffel-tower-on-fire-after-explosion-2016071510#axzz4F5vGnT2M
Quite a few things with this incident make no sense at all and are virtually impossible, as well.  Bouhlel was said to have been gunned down inside the cockpit of the truck while attempting to get out. But no blood is to be seen.
First of all, Bouhlel had motive for committing this act.  His life wasn’t perfect, but definitely not bad enough to cause a person to go out and kill scores of people for no apparent reason.
Secondly, this man supposedly drove a truck into a crowd killing 84 people and injuring some 202 others, some 52 of the 202 injured are said to have been hurt badly enough to be in critical condition.

http://www.mirror.co.uk/news/world-news/new-isis-propaganda-video-brags-8436874
With this in mind, one would expect blood to be everywhere, on the truck itself, in the street, and pools of blood surrounding the dead.  Yet, this doesn’t seem to be the case.
http://www.dailymail.co.uk/news/article-3697480/Smiling-just-hours-attack-Bastille-Day-killer-takes-SELFIE-terror-truck-used-murder-84.html
Not one spot of blood is seen on the truck, anywhere, no blood at all on the street where this happened, and no blood around the supposedly dead bodies in the street. Also, no blood is seen on the door, seat or anywhere else inside the truck where Bouhlel was said to have been shot.
http://Bastille Day attack: What we know so far – CNN.com www.cnn.com/2016/07/15/europe/nice-france-attack-what-happened/ CNN 6 days ago – A truck rammed into a crowd that had gathered to celebrate Bastille Day in Nice, killing at least 84 people, according to French authorities.
*******
http://www.telegraph.co.uk/news/2016/07/17/nice-terror-attack-police-vans-blocking-promenade-withdrawn-hour1/
With the number of bullet holes in the windshield, at least one of them would have hit Bouhlel causing some blood splatters to be prevalent on the windshield, yet none is seen here either.
No blood at all is seen on the door or window on the driver’s side of the truck where Bouhlel was supposedly shot dead attempting to get out.
If this incident was a legitimate attack as we are told, blood would be everywhere.
If you have ever seen pictures of deer or other animals that have been hit by cars, and the automobiles or trucks themselves, you would see blood on the vehicles, on the carcasses, and on the road both where they were hit and where they lay. Yet, no blood is prevalent anywhere in the Niece incident.
The truck also had to be traveling above 30 MPH to have a 50% chance of killing the people it hit, with the number of people present, the number of cops there, as well as the perimeter being a safe zone because of the party goers, Bouhlel would have had a hard time reaching and maintaining death speed.
http://www.safespeed.org.uk/killspeed.html
Bottom line, there would have been lots of blood and none was found.  The infamous baby doll picture beside the body in the street is yet another sign of a false flag rather than a legitimate terrorist attack.
http://www.marketwatch.com/story/this-haunting-image-has-become-a-powerful-symbol-of-the-nice-attack-2016-07-15
The same type of baby doll was seen at the Brussels terrorist attack.
https://www.youtube.com/watch?v=YKRb9ps3euk
The whole Bastille Day Massacre was just another staged event, as was Brussels. These theatrics are orchestrated by government clandestine organizations designed to sway the minds of people to a desired trend of thought. In the case of what direction of thinking we are supposed to be going after this latest event, I suspect it is to have us believe that not all terrorist acts are committed by Islamic terror organizations. Since the perpetrator is said to be non religious with no ties to any Islamic groups at all.
The US government would have plenty of reasons for wanting the US population to believe not all Muslims are terrorists, since both Obama and Hillary propose bringing in literally hundreds of thousands of Muslim refugees. This same desired mind frame is also wanted in France where in this area of the world,  people are getting tired of experiencing crimes committed by these so called Muslim refugees as well as the complete disregard of the laws in the countries who accepted them.
The evidence just does not fit the crime scene in this latest facade.
Tony R. Eliot
San Antonio, Texas
*******