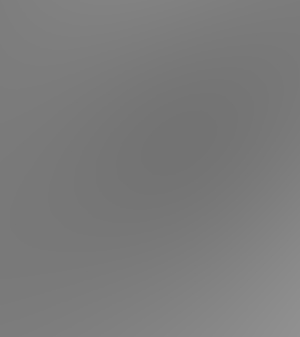 Hardly a pictorial transmission comes back from the planet Mars that doesn’t have some strange anomaly leaving the viewer with more questions. Large areas showing signs of structures buried under sand accumulated over eons, facial structures some large and small, unexplainable pieces of what appear to be manufactured metal, strange animal figures seemingly frozen in time* and what appear to be human forms.

As more and more pictures and videos come in from the red planet they confirm my belief that a once thriving modern civilization existed there and was destroyed by some cataclysmic event, which almost wiped all evidence of their civilization off the face of the planet.
Some of the video and stills sent back show what appear to be rubble as if a once thriving city was atomized by a gigantic blast. Some of the fragments which resemble metal appear to have been melted during such an explosion.
In all scientific terms the Martian surface appears the same as the surface of the Earth would after nuclear warfare. However, since it always has been my belief that we Earth humans originated from the descendent’s of a once great Martian civilization the obliteration from a planet wide nuclear exchange among the civilization there just isn’t feasible. The inhabitants of the time were very sophisticated and capable of traveling to neighboring planets and perhaps beyond the solar system itself as seen from the debris on the surface and similar monuments here on Earth we see today.
Thus such a civilization would not have resorted to waring among themselves. This brings us to the other explanation of the demise of the Martian civilization, which must have been due to outside forces either natural or otherwise.
The Martian surface is littered with craters on one side of the planet’s surface while the opposite side remains relatively free of the gigantic pothole effects of the other. What this indicates is the cratered side was facing the impact from debris from an enormous explosion not too far from the planet itself. This would explain the missing planet which should be between Mars and Saturn where only an asteroid belt remains today.
Whether this event was natural or not remains to be seen. However the Martian society seemed to be aware of the event well ahead of it occurring and made a mass exodus for the next inhabitable planet which was Earth.
On Earth today, we see similarities in structures here that we discovered exist on Mars. The Pyramids, human like figures, faces, and a host of anomalies found on Mars are just too exact to ignore.
Many monuments on Mars resemble the ancient Mayan and Egyptian civilizations, which existed here in the not too distant past.
The Christian Crusade carried out by Spanish explorers were literally responsible for the destruction of the Mayan civilization both in records of their origin and the deaths of most of the people themselves. The lost Mayan records which assuredly included their previous history and origin from Mars more than likely wasn’t destroyed as we believe, but transported home where they exist today deep in the archives of the Vatican. Such records if made public would destroy all organized religions of the world by proving human civilization here on Earth indeed has extraterrestrial roots.
The fact that pyramids are found in almost all areas of the world and not exclusively in Central America and Egypt proves a single nucleus of origin of the human species.
The fabled civilization of Atlantis was the first Earth bound species of humans living in a society almost entirely isolated from the rest of the world. There may have been explorers who went off to various points of the planet but the bulk of the Atlantian population remained on their single continent. What dispersed the entire population of
Atlantis into the remainder of the Earth was an unavoidable planet wide catastrophe in the form of an axis shift. In the process of the shift many natural extreme disasters took place both geological and atmospheric. Floods from storms and Tsunamis would have been Biblical in nature as well along with the resulting earthquake and volcanic eruptions. Aside from this, the continent of Atlantis was placed in a polar region far from its previous location well in the tropics. These events scattered the inhabitants of Atlantis into the far reaches of the world. Today, we see evidence of their once great society in the form of pyramids, similarities in hieroglyphics in many parts of the world.
There is a vast amount of evidence pointing to our extraterrestrial link from the surface of Mars with its ruins of striking monuments resembling those on our own planet.
Todays human civilization has a single point of origin making all human beings brothers and sisters. Great distances which separated us in the past were responsible for what differences in the species we have today both racially and culturally.
We began as a bronze people as the civilization of Atlantis who spoke a single language. Then over eons of time the color of our skin changed in accordance to the climate of a particular area as well as slight changes in features, all products of adaption.
The original language spoken by the Atlantians became lost and broken into many differing dialects over time to become separate languages onto themselves. Such differences in dialect within a single language can be seen today in the English language for example as it is spoken in a host of variations. This is experienced in the United States where English is separated by dialect according to a certain area of the country.
The Spanish language is considered native to most Central and South American countries however this language is a foreign language to this area of the world brought there by the Spanish Conquistadors. The actual native language of this area of the world belongs to the ancient Mayans and native Indians.
To truly realize human origins requires us to toss out both the Biblical account of creation and the theory of evolution. We need to begin searching for the actual nucleus of human beings on the planet by accepting the idea that human beings did not originate on Earth but arrived here from Mars.
The evidence is everywhere here on earth and becoming more apparent with each transmission from the planet Mars.