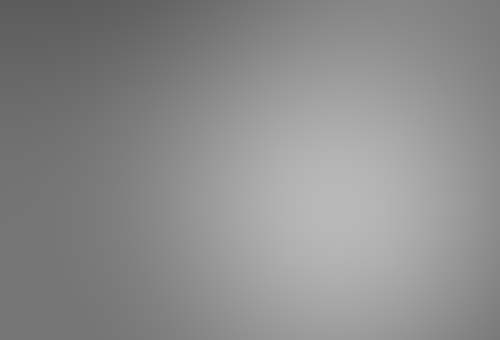 The secret base 85 miles northwest of Las Vegas Nevada, commonly known as Area 51, has been surrounded with mystery and rumors since it was first opened in 1955 by the CIA, to test the U-2 spy plane. We now know that every new aircraft developed since then has been test flown there before the public became aware of its existence. As an example, the F117-A Stealth Fighter arrived at Area 51 in 1977 for test flights, and was not made public until 1990, 13 years later.

In addition to our own aircraft being test flown at Area 51, captured and recovered Soviet aircraft are also there, such as the MiG-21, which are then back engineered and used in training exercises by our pilots.

The secrecy at Area 51 is like no other security anywhere in the world. Although many of us would like to know what actually goes on at the base, we must remember that revealing what transpires there could, and probably would be detrimental to our National Security, since “you can’t tell your friends something, without your enemies finding out.”

The name Area 51 is the most common name used when referring to the base, although over the years it has had many other titles, some rather amusing to me such as, “The Pig Farm”, “Paradise Ranch”, “The Box”, “Dreamland’, and others. The base is located adjacent to the Atomic Energy Commission test site where hundreds of underground nuclear and conventional bomb tests took place for years.

The public was finally made aware that the base existed in 1988 (33 years after it opened to test the U-2), when a Russian satellite photograph of the base became available.

Unlike any other industry or location in the United States dealing with toxic waste, Area 51 is not required to follow the law on handling such dangerous products by issuance of Presidential Determination Orders, started by President Clinton. The Determination Orders were necessary due to the government being sued after a few employees died due to radiation exposure while working at the base. The Determination Order exempts the base from complying with the law for National Security reasons. The Order has been issued every year starting with President Clinton, and continued to be issued during President George W. Bush’s term as President. I have not been able to locate a copy signed by President Obama.

Rumors about the base include such things as its containing at least 22 levels below ground, which is highly possible due to the fact that today’s satellites can read a newspaper from well above the earth, requiring military secretive work be done inside a hangar or underground.  It’s also believed the base could be connected to other locations such as White Sands, Los Alamos, Edwards Air Force base and others, by an elaborate underground tunnel system. Today the closest observation point of the base from the surface is 25 miles away at Tikaboo Peak, after former mountain locations were incorporated into the base for more security. Many people for some reason try to connect Area 51 with New Mexico due to Roswell. I live in Roswell and in 2006 drove to Area 51, which was a long desolate trip of 891 miles from Roswell, so geographically there is no connection between Area 51 and Roswell.

Rumors about the base shutting down or moving have also been numerous over the years, however Area 51 has been expanding since its inception and is extremely active to this day.

In 2007, one of the biggest additions in years was noticed in the southwest corner of the base. A gigantic hangar was built with a pair of 175-foot doors, on each side of the hangar. Obviously some new large type aircraft is, or has been developed requiring such a large structure to secretly house it, perhaps a next generation bomber. We know both Lockheed-Boeing and Northrop Grumman have been competing for such an aircraft. In 2014, another huge hangar was discovered located at the edge of one of the runways, far away from the main facility and out of view from many of the Area 51 workers.

Two things that remain active related to the base include the security personnel, and the transportation for workers to get there.

Security remains as it has been for years, i.e. it’s taken extremely serious by the guards, the aircraft pilots that patrol the perimeter of the base, and the signs posted at the entrances stating in part, “the use of deadly force is authorized.”

There is a separate, recently enlarged fenced off area at McCarran airport in Las Vegas Nevada containing it’s own parking lot and terminal where employees board several former America West 737 airplanes that are painted white, and unmarked except for a red stripe down the side of the fuselage, and an aircraft identification number at the rear of the airplane. From this terminal, employees are taken to Area 51, Tonopah Test Range, Edwards Air Force Base and probably other secret locations. These planes are known as the “Janet” airline. The same security unit that guards the perimeter of Area 51 employs guards at the terminal. Just like NASA stands for “Never A Straight Answer”, Janet might stand for “Just Another Non Existent Terminal.”

I suppose I should terminate this editorial about Area 51 with a final rumor that has been floating around about the base for many years. Are extraterrestrial beings or alien craft housed at Area 51? Many believe they are, however, until verification of that is confirmed you will have to decide what to believe. There have been many accounts that there are ET’s and craft there, some by reputable people, and by others with less credibility. I feel Area 51 would certainly have the capabilities to study ET’s and back engineer recovered craft, due to the stringent security and secrecy surrounding the base for all these years. Hopefully, time and more verifiable information will come forward in the future to resolve that rumor.

In the meantime, we do know that Area 51 is alive and well and continues to expand and test new military aircraft for the defense of our nation. What else goes on there remains a mystery.