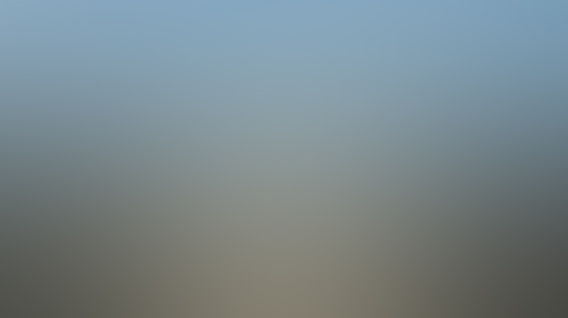 I really do not enjoy writing or talking about political concerns I have, but am becoming more concerned that the only objective our leaders in Washington have are interests that benefit themselves. I won’t lay blame on any individual party either, as I feel they all fall into the same trap once they get to Washington.

Over the past 65 years much has been written and reported in reference to the UFO situation world wide, while our leaders have for the most part ignored it, or have shown no interest in looking in to it, so the public might at least know truthfully what all these reports are about.

Nearly every President since Truman has indicated they would investigate the reports and have not succeeded in doing so. I think I do understand that since the President is a “temporary employee”, serving a maximum of 8 years as President, he most likely doesn’t have the security clearance, or “need to know” to follow through on his desire to obtain the information. In my opinion the President can’t be trusted with such information. Nearly all have tried while in office to no avail, which I’ll explain later.

Many of those that are in Congress are active on various committees that could easily look into the UFO situation, but have not done so to any satisfactory degree. Excuses for not doing so are evident in some of the reports I have read. This is not a matter of serving only their constituents they represent from each state, but a national concern that should be looked at by many or all of those that are elected to serve the people they represent. The Constitution states plainly in it’s opening statement, “We the People”, and for me that’s been lost by those we elect to represent us in Washington.

When legislation needs to be passed prior to being read by those voting on it, as Nancy Pelosi recently alluded to regarding passage of the “Obama Care bill,” we have a major problem with those we elected to represent us. I suppose I shouldn’t expect them to take UFO reports under consideration, based on their current records, of not being able to agree on any legislation that currently affects all of us.

Two Presidents, Reagan and Carter reported sightings of UFOs prior to becoming presidents, while governors of their states in California and Georgia. Reagan even addressed the UFO topic at the United Nations in a speech given there in 1987 while President. President Clinton had an interest in UFOs and asked an aide to look into the topic, who reported back to the President that he could not find any information. I’ve heard rumors about Eisenhower having some involvement with extraterrestrials, but have never seen any confirmation on that. George Bush, Senior was head of the CIA prior to becoming president, and may well have been the only president with any prior knowledge of UFOs, although he has never publicly mentioned anything, that I’m aware of.

Barry Goldwater was a United States Senator from Arizona who ran for President in the 1960’s and lost to Lyndon Johnson in the 1964 Presidential election. He was also a member of the Senate Intelligence committee, and promoted to Brigadier General in the Air Force Reserve. His interest in the possibility of extraterrestrial beings visiting earth has been recorded several times in interviews he did, particularly during an interview with Larry King on CNN in 1988. He had asked General Curtis LeMay about going in to the Blue Room at Hangar 18 at Wright Field in Dayton Ohio, and was told by General LeMay “to go to Hell”, and “don’t ever ask me that question again.”

In 1995, New Mexico Congressman Steven Schiff requested an investigation into the Roswell Incident through the General Accounting Office. The report he received back after the GAO had interviewed several agencies in Washington stated that the documents related to Roswell were “missing” and destroyed without proper authority. Those were permanent records that should have never been destroyed. The GAO further stated they could not identify who destroyed the messages, or why. Those messages would have involved the 509th Bomb Group, (the only atomic bomb group in the world in 1947), who ended the war with Japan 2 years earlier. This, of course, raises the question of accountability among our leaders in Washington then and now.

Many times when I submit a Freedom of Information Request Form for military records to the National Personnel Records Center in St Louis, Missouri, I will get a response in a form letter stating those records may have been destroyed in a fire at the center July 12, 1973.

Since the Roswell Incident occurred in 1947 there have been a few congressional hearings on the subject of UFOs, with no substantial information coming forward from those hearings to resolve the question. Meetings have been held at the United Nations, again, with no results. Astronauts, law enforcement officers, airline pilots and such have brought up the subject of UFOs existing, again, with no follow up by any legislators or people in the know.

The Phoenix lights, Stephenville Texas near President Bush’s ranch, the O’Hara airport incident and many others have all been reported by credible individuals, but no one follows through on these well documented occurrences. Lame, unsatisfactory excuses are sometimes given by those in authority to pacify the public, and then the incident is filed away, never to be mentioned again, such as was the case with the Condon Report, Blue Book, the Roswell Reports and several other reports made public over the years.

Many of us believe the 4 excuses given for Roswell during the past 60 some years do not satisfactorily explain what happened on the ranch near Roswell. For me that raises the question of who in our government is willing to admit that they have been lying to us for all those years? I don’t see that happening, and would open the question to a lot of other things our Government and certain military leaders have been covering up, and still do today, if you watch the national news almost on a daily basis. Cover up has become a way of life and doing business by our leaders in Washington and at some local levels, and it appears that “we the people” are accepting that. At my age, the concern I have for our younger generation is that although there is information we probably don’t need to know for our nation’s security, lying to us about many of these cases is not what our elected officials are elected to do in representing us.