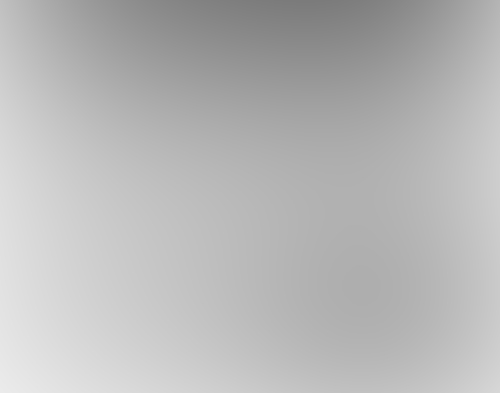 Recently I read some discussion on one of the internet lists referring to the type speakers being presented at several conferences, and how the word “paranormal” is many times grouped together to include serious UFO researchers with other types like Bigfoot, ghosts, ESP, faith healing, etc., at the same conference.

I had a personal experience with this a few years ago when I was master of ceremonies at a conference, and was asked to introduce some of the best-known serious researchers in the field of Ufology. I was also asked to introduce the other types mentioned above, and a “tin foil hat contest.” Since then I have refused to attend or be part of such conferences. Personally I have nothing against them, but feel UFO research is of such importance that it should not be combined with many that refer to themselves as paranormal.

When you are researching an incident like the Roswell Incident, where you know people were threatened over a weather balloon (of all things), that to me requires serious research, as do many other UFO cases reported over the years. All too often conference organizers and television documentary networks seem to overlook the seriousness of UFO research. With the networks it’s a matter of profit and ratings for their shows, and reality shows about UFOs have become the norm.

Within the past few years I have had several problems with those types of documentaries. When MTV was here in Roswell filming me, I walked off when the show host started making jokes about the Incident. Stanton Friedman, Don Schmitt and I were filmed for a National Geographic special, and after presenting our years of research for them, the show’s presenter announced at the end of the show that Roswell was “myth.”

One of the few good exceptions I experienced with a network show, was the Brad Meltzer “Decoded” series that aired on the History channel. The three people interviewing me had done some homework, and the show aired as it was filmed, the way it should be aired.

Many times film crews take our presentation on film back to Los Angeles or New York, and some editor puts his own take on it. Unfortunately, after a film crew finishes with us, we have no in-put in the final version that will be aired.

If UFO research is ever to be taken seriously, the media, particularly television networks, the news media, and some conference organizers need to realize tect of UFOs deserves accurate, factual reporting. There is a tremendous interest in the subject, as proven by the many surveys taken over the years, and those people surveyed deserve truthful information, primarily for the benefit of those that have had experiences, or worse, threatened if they talk about their experiences.

Before getting off of my “soap box,” I want to share two other situations that have arisen here in Roswell very recently.

A few weeks ago I received an email form an associate producer with the Vh1 network. He informed me they were doing a “docu-series,” traveling across the country with plans to stop in Roswell. They had read some of my research and knew about the Roswell UFO tours I do here in town, and were impressed with my work as a researcher. They wondered if I would be interested in sharing my experience and knowledge with a couple of “characters” on their show. My experience over the past few years caused me to throw up a red flag when I saw the word “characters.” I wrote back to them, asking when they would be in Roswell, and if the show was a serious take on the Roswell Incident, since they’d used the term characters?

Their response was what I expected: “the new show follows two woman from Atlanta, who are starting a “mobile hair salon,” and are driving the bus from Atlanta to Los Angeles, stopping in various cities along the way.

As might be expected, my response was short and to the point.  I respectfully declined, due to its being another reality show. Also as expected, I didn’t hear from them again after my response.

My background consists of 3 years in an Army Engineering Battalion, and 33 years doing civil engineering work with the Texas Department of Highways, plus full time UFO research for the past 18 years. At my age (73), I don’t need to introduce tin foil hat contests; be interviewed by woman starting a hair solon; or mis-represented in the media or television documentaries.

Finally, a group of gentlemen have been working diligently for some time here in Roswell to create a veterans cemetery, so family members don’t have to travel 200 miles to Albuquerque to visit the resting place of their family’s veterans. The veteran’s cemetery is finally becoming a reality after working with the city of Roswell, the state of New Mexico, and a local funeral home.

The cemetery was featured on A&E’s “Shipping Wars” television show earlier this week, but the show wasn’t exactly delivered as promised. One segment of the show featured the delivery of a columbarium to the veteran’s cemetery, which happened a few weeks ago. A dedication was planned for the delivery of the columbarium. When the show aired, the veteran’s cemetery took a backseat to a tombstone dedicated to aliens, also delivered by A&E’s “Shipping Wars” driver. Local officials were assured that the alien would not usurp the Roswell segment. Locals had been told by A&E the alien footage would not be used with the cemetery footage, but rather in a different episode that A&E had planned about Roswell. Locals felt it was disrespectful to the veteran’s cemetery and to veteran’s in general. As a veteran myself, I believe A&E went too far this time.

The above comments are some examples of UFO research not being taken seriously, but packaged as light entertainment. This must change, and when a network makes an agreement as they had with the veteran’s cemetery board, and then breaks that agreement, legal action against that network should be in order.

Perhaps these documentary producers should try adhering to the quote I like to use,

“Always Telling the Truth Means Never Having to Remember Anything.”