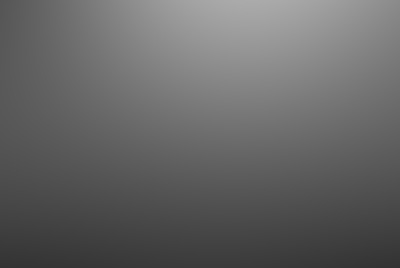 The misrepresentations, manipulated data, corrupted computer models, and outright lies coming from the United Nations based agencies, dealing with climate release every day are astounding. What should be even more disturbing than the lies is the fact that individuals who are involved with these organizations are not climate scientists at all. The executive branch of the Intergovernmental Panel on Climate Change (IPCC), the World Meteorological Organization (WMO) as well as all other UN climate based agencies are made up of highly educated individuals in other subjects entirely unrelated with meteorology. There are only about two actual meteorologists in these organizations and they are avid environmentalists. What we have here is an agenda of promoting climate change for political and financial reasons, having nothing to do with the world’s climate.

Aside from the fact that no one is qualified in these organizations to present anything in the genre of climate, weather or atmospheric physics. The daily dose of disinformation is getting easier to dispute every time it comes out.

Every claim ever made by these enviroclowns masquerading as climate scientists can be proven false when actual recorded temperatures, weather data, and climate records are examined.

All the hype about rising CO2 levels is a joke when one takes into consideration that the total amount of carbon dioxide in all the earth’s atmosphere is less than 1% of 1% of the entire volume of gasses in it. At this percentage level their isn’t enough CO2 in the atmosphere to create a greenhouse effect.

Their claim that the decade of 2000 to 2010 as being the hottest on record which was based on manipulated data had to be revised to the 1930s simply because actual recorded temperatures proved otherwise.

The decade old warning of glacier melt in the Himalayan Mountains in particular was proven false when a team of scientists recently examined the ice for thickness and area using actual data as well as physical observations and found the glaciers to be unchanged. The claims of glaciers melting the world over have been proven false as well, since most in question have regained the ice today that was lost in recent years. What this means in reality is glaciers will decline and advance over many years, all part of a natural cycle.

The claims of polar ice melting can be seen as false when actual physical evidence showed more ice in both area and thickness at both poles in NASA’s own images in 2011.

Polar ice also grows and declines in cycles as seen with the surfacing of war ships in the North Pole by both the United States and the USSR in the late 1950s and early 1960s during a time of very thin ice where normally this would have been impossible.

Absolutely no sea level rise has been recorded anywhere in the world, flying in the face of the false claims it is. Al Gore buying a multimillion dollar beach home in southern California is a prime example that he doesn’t think sea levels are rising anytime soon.

I could fill books with information proving global warming/climate change to be a total lie. Suffice to say that everything we have ever been told from the GW/CCfanatics is a total farce.

What is really at play here is globalists with a political agenda who desire to use climate as a tool to frighten the masses into accepting their vision of a New World Order to assure their success in green investments and carbon stocks.