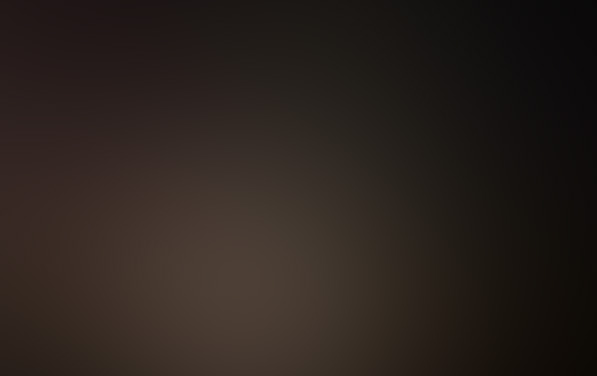 “A popular government without popular information, or the means of acquiring it, is but a prologue to a farce or a tragedy, or perhaps both.”
James Madison, Jr.

American statesman, political theorist and the 4th President of the United States.

“There are two things I know with certainty about the UFO phenomena.  One is that the phenomenon is real,” says author Robert Salas, “that is, real objects of unearthly origin are visiting our airspace.  My second certainty is that the phenomenon of people being abducted by sentient beings who are operating these unknown craft, is also a reality.  These conclusions do not come from hypotheses, guesses, theories, or concepts that I used to convince myself of these realities.  They come from my life experiences.”

That stentorian statement is backed by Robert Salas’ 32 years that he had working for the government, seven years on active duty as a graduate of the U.S Air Force Academy,a ccareer as a weapons controller, launch officer for intercontinental ballistic missiles, US Air Force propulsion engineer at Martin-Marietta on the Titan III Program, and 21 years for the FAA (Federal Aviation Administration) as an aircraft structure engineer.

Nothing, however, gives him as much spiritual and etheric power to speak on the topic as to when he was a witness to a March 24, 1967 shutdown of 10 ballistic missiles that went dead – 20 shutdowns in a week – a real “crap out” from their alert status.

“UFOs were seen more frequently around areas vital to the defense of the United States.

Captain Ruppelt was Chief of the Air Force’s “Project Blue Book” from 1951 to Sept. 1953, an operation of the “Air Technical Intelligence Center” [ATIC].

On 21 May 1951, the United States Air Force established ATIC as a field activity of the Assistant Chief of Staff for Intelligence.

Salas recounts events that “Airman Smith” (a pseudonym) participated in an invasion when he worked at Echo Site on March 16, 1967 as a targeting technician. Smith was notified that the missiles “had gone down” as they were working on the Echo Flight LF.

At some point into the acquisition of the autocollimator, a failure occurred.

“About this time, the top side security guard shook the ladder and motioned for Airman Smith to come up the ladder,” says Salas.

“When he reached ground level, he could see a large, glowing, orange-colored sphere, stationary at about 30 degrees from the horizon, in the direction of the gate and close to the site.”

Airman Smith notified the team chief who was visibly frightened by the sight of the object. Smith ordered the “shaken” guard to report the sighting to the Wing Command Post through the Sensitive Information Network (SIN), but the line would not connect. Smith and two other team-members tried the startup procedure several times, only to “crap out” at collimator acquisition.

The object was still above the site while this was happening.  Smith observed the object to pulsate and give off a low hum and he felt an electrostatic energy coming from the object.

“The object was present for at least an hour; however, the guard told him later that it would periodically move away for a short time and then return,” says Salas. “After considerable inhibiting the startup, it left the area; the missile was then brought back to Alert status with no anomalies whatever during collimator acquisition.”

Salas also relates an incident of a technician called “Tex” (this may have also been ‘Smith’) to UFO researchers Sean Casteel and John Weigle (October 29, 2013).  They related the tale:

“Further confirmation came from a source called ‘Tex,’ who prefers to remain anonymous since he is currently the vice president of a prominent aerospace company. Tex said that he was working through a checklist to bring an Echo Flight missile back online when a guard called him to the surface to see a UFO hovering over the site. He returned to his work and started to bring the missile back up.

“He gets to a certain point in the checklist,” Salas said, “and the missile shuts down again.  This object is still up there. In fact, he can feel the electrical energy coming down the tube right where he is.  He said he felt almost like he was immersed in static electricity. But he tried this many, many times, he said, trying to bring the missile back up on alert using his checklist. When he got to this particular point on the checklist, he said, the missile shut down again.”

“To Tex, whatever it was knew exactly how the missile system worked and knew it in great detail.” 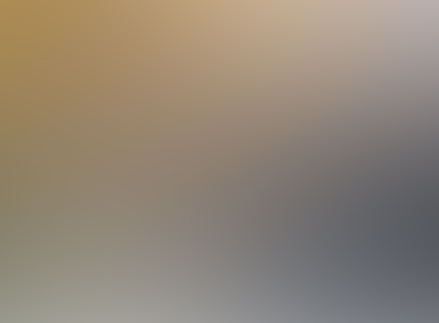 The Delta-09 missile silo allows a rare opportunity to view a nuclear missile once on constant alert during the Cold War.

A similar scenario took place when Salas was on duty on March 24, 1967.

Salas received a call from the flight security controller (FSC) reporting strange “lights” about the facility observed by several security personnel.  The lights moved erratically and would sometimes hover and reverse direction, often at high speeds.

The FSC called again and agitatedly told that an object was hovering over the front gate.   Salas ordered them to stand ready with weapons and to let no one enter.  Then Salas alerted Colonel Fred Meiwald as they began to get audible alarms and indicator lights on their status board.

“All of our missiles were indicating ‘NO-GO’; they were all disabled.”

“The same thing happened at another flight!”

Jamison told of the following facts:

1.  All targeting teams received a “special UFO briefing” prior to each dispatch for the next two weeks after the March incident.

2.  They were to report any UFO activity to the Missile Command Post and to take self-defense measures if necessary.

3.  Jamison was told about the Echo Flight shutdowns and UFO encounters.

Despite multiple witnessing and much evidence, Lieutenant Colonel Lewis Chase of the Air Force Chief of Staff and the Foreign Technology Division at Wright-Patterson (TDET) concluded the incident as having “no equipment malfunctions and abnormalities.” (p. 59.) 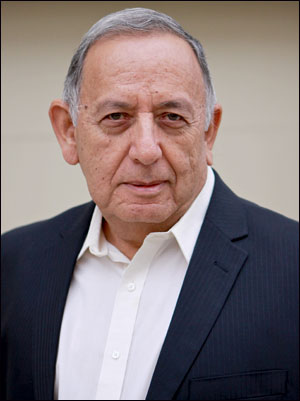 “I and others can attest that were ordered not to talk to anyone about our incident and that our equipment certainly did malfunction.” 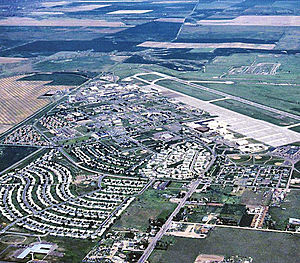 Aliens among us: An interview with retired Air Force officer Robert Salas

(Headed by Edward U. Condon)

The Condon Committee, as it also became to be known, was eventually exposed as a negative, contrived and “orchestrated” study. Condon Committee investigator Dr. Roy Craig was asked to investigate at Malmstrom on October 9 to 14, 1967.

“The report of the shutdowns was cloaked in secrecy even before Craig arrived at Malmstrom,” says Salas, “the depth of that secrecy would soon be escalated after his arrival.”

Craig turned over what limited information he was given by the Air Force to co-investigator Condon Deputy Robert Low. It was Low that wrote in an August, 1966 memo: “The trick would be, I think, to describe the project so that, to the public, it would appear a totally objective study, but to the scientific community, would present the image of a group of nonbelievers trying their best to be objective, but having an almost zero expectation of finding a saucer.”

Largely because of his experience with UFOs, Salas becomes acquainted with the growth of the Military-Industrial-Complex and its skeleton of secrecy that smothers and is tyrannical. He traces the creation of the U.S Air Force Project Sign, watches it grow into an uglier Project Grudge, blossom again into a brighter Project Bluebook, only to be crushed beneath the CIA Robertson Committee Panel of January, 1953 and its “disinformation campaign to discredit the phenomena…keeping the UFO question in the realm of incredulity…” (p. 25.)

Also pivotal to Salas and the UFO situation was the Manhattan Project and the creation of the atomic bomb: this strengthened the structure of “holding a secret (as having) always been a way of having some sort of power over others.”

Salas speaks of the September 1948 Top Secret “Estimate of the Situation” that states that UFOs were spaceships:

“In fact, the highest levels of our government did know for certain that these were interplanetary,” says Salas, “because they had already recovered extraterrestrial craft and beings from the 1947 Roswell crash in New Mexico.” (p. 22.)

Quickly following the 1947 UFO events began a series of happenings whose momentum in negativity has become nonstop ever since:

* The “hardening” of the government’s seeming “negative approach” following the July, 1952 UFO buzzing of the nation’s Capital in Washington, D.C.

* The forming of the January 1953 CIA Robertson Committee Panel “to establish a disinformation campaign to discredit the phenomena.”

“Here in the United States this excessive secrecy has been ongoing for such a long period of time that many abuses by various government agencies,” says Salas, “have and continue to degrade the conversation of our democratic principles – government of, by, and for the people.”

* To combat the UFO situation, governments have formed “a secret organizational structure, a cabal,” devoted to a huge zero-sum game with the public.

“As long as there is no public disclosure about the UFO reality, the game goes on and there are no absolute winners or losers.”

One side, the public (so-to-speak) would attempt to represent more credible UFO evidence; the cabal, on the other hand, consists of disinformation, debunking, silencing, intimidation, and ridicule.  As the readers will see, Robert Salas goes through several examples “cabalistic interference.”

PART II of this article continues: