UFODigest.com » Aliens and UFOs » The Octopus from Hell Part II 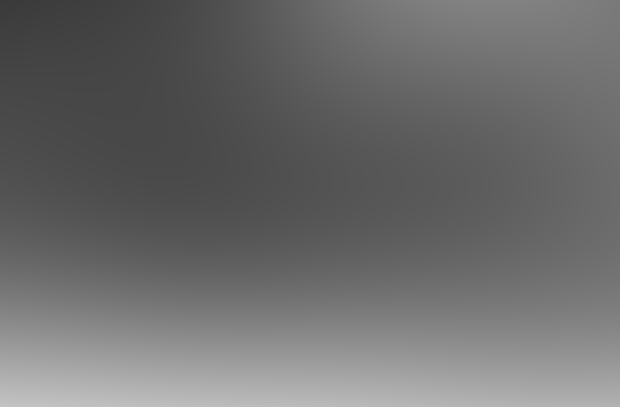 We continue with Cheri Seymour’s tenacious sleuthing of the many deaths and circumstances surrounding the late researcher Danny Casolaro and “The Octopus.”

Chemical magnate Al Holbert was a former Israeli intelligence officer who gave special education classes to law enforcement agencies in the U.S. His address was Fort Mead, home of the Intelligence Security Comand and Delta Force. Holbert exported cryptic substances out of his mail-order chemical outfit. Danny Casolaro ‘carted about’ a transcript of Octopus connections and Riconosciuto interviews at the DOJ: a month before his death.

Nichols testified that he worked for the CIA since the 1960s when he was recruited by a “Ken.” He was told to take a job with a Hawaiian security firm.

Eventual prosecution of persons of interest occurred in 1995: money laundering, drug conspiracy and racketeering, obstruction of justice. It was a 161-page indictment.

Seymour linked to the CIA 1940s experiments in Mind Control; World War II. Scientific experiments were also incorporated. CIA programs ranged from exotic herbs to screening candidates for outlandish, chemical and biological warfare (CBW). CIA screening methods were adapted and used by AT&T (p. 222).  “…the line between offense and defense – if it ever existed – soon became so blurred as to be meaningless.” Operation Artichoke; Technical Services Staff (TSS); Clandestine Services, Directorate of Operations; MK-Ultra; MK-Naomi; Staph Enterotoxin; Venezuelan Equine; Encephalon-Myelitis Virus; aerosol sprays. Operative George White wrote: “…I toiled wholeheartedly in the vine yards because it was fun, fun, fun. Where else could a red-blooded American boy lie, kill, cheat, steal, rape, and pillage with the sanction of the All-Highest.”

Sid Gottlieb took control of MK-Ultra. Wackenhut board member Stansfield Turner lied to President Carter about the goals of MK-Ultra. The Scientific Engineering Institute carried the ball as a proprietary company. One operative said:  “If you could find the natural radio frequency of a person’s sphincter, you could make him run out of the room real fast…creating a subservient society was not out of sight.” HIV is described as a “chimera” created in 1977 at Fort Detrick, Maryland; genetic engineering; psychological operations (PSYOP) and Mind War.  “…Mind War operative, consequently, must not be detectable by ordinary means…” (p. 235).

Major Michael A. Aquino advocated “psychotronics,” and proudly advertised his interest in Satanism (p. 236). He also advocated interest in Hitler and Nazism, The Vehm, the Thule Gesselschaft, and the Ahnenerbe.

A 1993 Los Alamos conference was aimed at uses of psychotronic systems as weapons of law enforcement for domestic civilians; directed-energy-weapon-technologies. General E.C. Meyer, former Chief of Staff of the U.S Army, had also set up a Department of Defense Conference in which Michael Riconosciuto was a principal speaker on this topic.  “…you can genetically engineer these biological agents….a specific penetration group can be immunized, and everybody else dies,” said Riconosciuto.

The fraud-ridden Nugan Hand Bank collapsed in June, 1980 after it co-founder, Frank Nugan, was shot to death. Nine-top-ranking U.S military and intelligence officers had worked for the bank. The Bank assets were looted by CIA proprietaries.

Ronald LeGrand, chief investigator, said:  “Inslaw is a lot dirtier for the Department of Justice, in its breadth and depth, than Watergate.” The Criminal Division was the nerve center. To date, the government hides “additional uses” of PROMIS; probably laundering money from drug profits (p. 255).

Seymour outlined the Royal Canadian Mounted Police (RCMP) investigation and their interest in PROMIS and Seymour’s investigation. The Strategic Software Company was one facilitator. The RCMP investigation found that “the drug angle” was a “key piece to the puzzle” (p. 299).

Added to the deaths in the syndrome were the execution-style triple homicides of former Cabazon Tribal Council Vice-chairman Fred Alvarez, Ralph Boger and Patricia Castro on June 29, 1981.

The RCMP obtained an 11-page chronology revealing Wackenhut Corporations “joint venture” at the Cabazon Indian reservation. The RCMP determined that Robert Booth Nichols made several calls to government agencies, “and one of them went into the White House” (p.  313).

The RCMP investigated as to the U.S government placing “a back door deal” in Canada’s PROMIS software system. Detective Sue Todd said:  “Who controls the flow of money controls countries. PROMIS was tailored by Riconosciuto for banking and money laundering.” ECHELON and PROMIS: a treaty between the U.S and Canada to share the data from that spy apparatus. “Memorandums” discovered Indo-China project shipments of heroin involving the combined Gambino-Gotti-Castellano families (p. 321) and related murders. Officer Sean McDade said:  “…more than one Presidential Administration will be exposed…”  “The most secret computer systems in the western world…secret copies of PROMIS indeed were bootlegged, modified and sold illegally.”

Peter Zokosky, former officer of Naval Intelligence, said drugs were the new ‘gold’: “Drugs are a business at the highest levels of corporations because there is a huge market and demand for drugs.”   “…persuasive business…everyone is involved…” (p. 341).  Zokosky also told about “biological warfare ‘viruses’ (that were) being developed in cow uteri by Stormont Laboratories.” “Anti-toxin kits” sold to the Army and the Food Machinery Corporation of America (FMC).

FBI agent Tomas Gates revealed evidence that a connection existed between the corrupt MCA, Attorney General Edwin Meese, and the White House (p. 348) and the Reagan administration. MCA had been Ronald Reagan’s agent in Hollywood and it held a multi-million dollar monopoly. Top officials in the White House Strike Force against Organized Crime were told to eliminate MCA from their probe.

The U.S Department of Justice controlled the “Old Boy cronies,” “stampeding through the government,” “cowboying” the intelligence community, drug cartels and organized crime, “blazing new trails” into every facet of criminal enterprise (p. 355). Suspect Eugene Giaquinto threatened to call Edwin Meese and have the inquiry stopped. 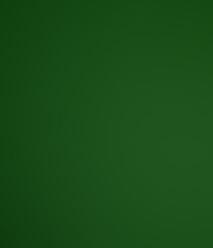 There was a move on to stop the investigation that the government had misappropriated PROMIS for sensitive national security projects. The FBI wiretaps were shut down in the Fall of 1988.  A hard-hitting, aggressive prosecutor, Marvin Rudnick, proved the DOJ was involved in a cover-up.  Rooting out the Mob was a problem.  Robert Booth Nichols was referred to as “being higher than the CIA” (p. 368).  He said:  “this is a cover-up that goes all the way to the top…mob infiltration and CIA influence at MCA.”  As part of an intelligence operation involving PROMIS, Nichols was an undercover operative working for the NSA and DOJ.  He was also “involved with the Gambino crime family and the Yakuza”, MIL, Innovative Medical Research and Technologies: and “the Illuminati” (p. 376).

Nichols was identified as the “government man” in his dealing with the Mob and John Gotti. Nichols was moving money into Swiss Bank accounts, as well as demanding a trial by jury in the Bayou, New York case, but he died on February 14, 2009.  A public trial “would have exposed a scandal far exceeding the Bernie Madoff fiasco.” (pp. 385 – 389.)

Some researchers speculated that Nichols may have disappeared into a Witness Protection Program with a new identity.

Tentacles of “The Octopus” reached into the School of the Americas (SOA), a combat training school for Latin American Soldiers in Fort Banning, Georgia, called the “school for assassins.”

Bill Hamilton said: “…the unforgivable use of unauthorized NSA bank surveillance version of PROMIS to launder profits from drug trafficking so some of them could be used to finance covert intelligence projects.”

It was described as an unfathomable 250-billion-dollar-worldwide Ponzi scheme.

Cheri Seymour summarized: “…nothing can be done to dismantle the Octopus; there is no one in office in this great nation that has the power to prosecute the Octopus criminals because the tentacles have become an integral and accepted culture within our society, and indeed our economy.”

“After Casolaro’s death, Michael Riconosciuto made claims that Casolaro had learned nothing more than what one of two intelligence factions wanted him to know in order to embarrass the other faction,” said paranormal investigator Kenn Thomas. “One faction was called Aquarius and had a leadership sub-group called MJ-12, the name, of course, of the supposed secret group founded by Harry Truman in the wake of the Roswell flying saucer crash. Riconosciuto even told one writer that he had witnessed the autopsy of an alien body. This was long before the famous [Ray Santilli] alien autopsy film began to circulate. Some have suggested that the tales of extraterrestrials that surround areas like Area 51 and Pine Gap serve as disinformation to deflect attention away from serious issues such as gun-running and black project weapons development. Casolaro’s own view, and the extent of his knowledge and interest in this tributary from the Octopus research, and whatever he learned that might have brought the truth closer to the surface of the murky waters in which he swam, may have died with him.”

The book is well-documented and researched but somewhat ‘dry’ in flow at points. Seymour has 150 pages of masterful photos and legal presentation that would convince anyone of the complexity of the drama.