UFODigest.com » Aliens and UFOs » THE OLD ROSWELL ARMY BASE IS SEEING A FEW CHANGES

Many of you that are familiar with the 1947 Roswell Incident are aware that back in 1947, the Army and Air Force were combined as one unit, and the military base located a few miles south of town, was referred to as RAAF, (Roswell Army Air Field). Many changes have occurred at the base since then, and today it’s probably one of busiest and most productive and profitable ex-military bases in the country.

The base at Roswell was originally opened in 1941 as a pilot training school for the Second World War, and quickly became an important military base during the years of its existence, housing many various air squadrons, and a large contingency of military personnel. Just 4 years after the base opened, the first atomic bomb was tested a short 100 miles from Roswell at Trinity site at White Sands. Another bomb was tested in the Pacific Ocean, and finally the only atomic bomb group in the world at the time (the 509th Bomb Wing), dropped two nuclear bombs on Japan at Hiroshima and Nagasaki to bring the war to an end. After completing their mission over Japan the 509th was assigned to Roswell Army Airfield in Roswell. Because of the remoteness of Roswell in southeast New Mexico, then and now, I think it would be safe to assume that most people in the United States never knew until much later, that the 509th was stationed here in Roswell. Also, unknown to many was the fact that 4800 German prisoners were incarcerated just south of Roswell at Orchard Park in the mid 1940’s. Roswell was and still is remote, located in southeastern New Mexico some 170 to 200 miles from any major city.

It appears ironic to me that when the Roswell UFO Incident occurred in July 1947, the military group stationed here and involved with the Roswell UFO Incident, would have been the best military personnel in the world at the time, and also the best at keeping secret’s, based on their experience in delivering the atomic bombs on Japan. When the 509th transferred from Roswell to other locations, the base continued to be very active. Today the 509th still exists as the B-2 stealth bombers, located in Missouri.

In late 1947, the Air Force and Army split becoming separate units, and the name of Roswell Army Air Field was changed to Walker Air Force Base, named after General Walker. It continued as an Air Force Base until it’s closure in 1967; many believe for political reasons under then President Johnson. The closure had a tremendous financial impact on the city of Roswell, which had enjoyed an exceptional relationship with the military base for all those years.

Today, the once famous military base is again alive and well. When the base closed, people bought the many government houses located on the base at reasonable prices, and made them rental properties or homes for themselves. It appears as a suburb of Roswell today, a few miles south of downtown with most of the old military houses still located there, now again being occupied.

The city built a new fire station on the old base which contains separate fire engines for both the buildings on the base, and emergency fire engines for airplanes on the runways or tarmacs, each requiring different types of firefighting equipment for buildings and airplane fires. The new city fire station replaced the old station that was part of the military base years ago. 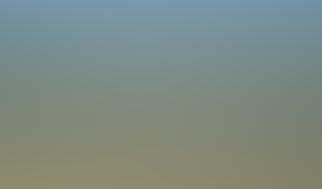 Eastern New Mexico University’s main campus is located in northeastern New Mexico at Portales, and the University has a satellite campus on the old base containing one of the best nursing school programs in the country for associate’s nursing degrees. Some of the other associate degrees available include the arts, science, business and others. Approximately 4000 students enroll at the college each term. The college was originally established as Roswell Community College in 1958, and has been located at several locations in Roswell before moving to its current location, the former Walker Air Force base in 1967. A new Student Union building has been added, and several of the military buildings have been converted for use on the campus. 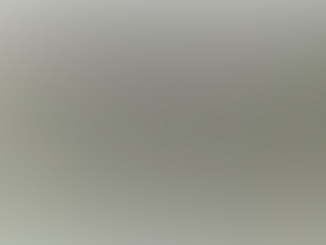 ILEA, (International Law Enforcement Academy), is now located on the old base where training is provided to groups from many country’s in advanced law enforcement training. Groups from various countries arrive for the training on a regular basis, returning to their home country when the training is complete.

Dean Baldwin is a company that paints airplanes for many different airlines, and occupies one of the largest hangars on the old base. They will soon have 4 lines operating, and have a backlog of several hundred airplanes to re-paint.

An array of solar panels can be seen at the old base producing energy due to the unlimited days of sunshine southeastern New Mexico enjoys.

Two other organizations housed at the old base are the Roswell Job Corp and the New Mexico Youth Challenge, both of which do outstanding work with young people in their development to become better members of the community.

The biggest and most obvious change at the base involves the repair, refurbishing and dismantling of airplanes. Several companies are involved with this massive operation — utilizing several of the military hangars and other old buildings, which considering their age are in pretty good shape. The majority of airplanes being worked on are from United States airline companies, while occasionally one can see an Australian Quantas, Italia, Saudi Arabian as well as other foreign country aircraft. Parts are removed, refurbished and resold to other airlines that are still using these types of aircraft. Once stripped of all reusable components, the tube or shell of the airplane is chewed up by powerful hydraulic claws, the small pieces loaded on trucks, and taken to an aluminum recycling plant. Two of the runways are completely covered with airplanes awaiting dismantling or recycling, leaving the 13,000 foot runway as the only active runway for the round trip commercial flights to Dallas, that Roswell has 3 times a day on American Eagle jets. I have been told that the number of airplanes stored in Roswell, in what is known as a commercial airplane graveyard is more than 280.

There are no longer any military personnel at Roswell on the old base, however periodically one can see a military cargo plane practicing touch and go landings, or other military aircraft, (helicopters, F-16’s, even the German Luftwaffe), parked there to refuel or perform needed maintenance.

The name of the old military base today is the Roswell Industrial Air Center, and based on what has transpired there for several years with the college, and Law Enforcement located there, and the many industries utilizing the old base, I’d say it’s in pretty good shape for years to come.