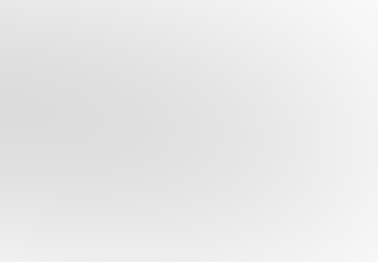 I am what you could call a “UFO Contactee.” I experienced several strange happenings that I really couldn’t understand from 2 or 3 years old (1939 or 1940) until age 48/49 (1986/1987).
During those several months in the latter part of ‘86 and early part of ‘87, I spontaneously recalled an enormous number of so-called UFO encounters that had occurred since my very early childhood. I found some witnesses who could verify some of my memories, people who had been with me during several of the strange encounters. Through conversation, they and I concluded that most of our mutual memories were true and accurate.
Click here to enlarge top photo.
I have since analyzed my other UFO memories carefully and also, through investigation, have discovered an enormous number of supporting facts and happenings. This has led me to believe all of my memories are true and accurate, save a few misinterpretations.
In a nut shell, this is 46 plus years of periodic personal UFO contact, which obviously brings us to the question of meaning…not only for me, but all of humankind.
Throughout the last 28 years I have found that many others also have experienced similar UFO encounters, primarily during the last half of the Twentieth Century…and still others, most probably, dating back to the beginning of time, possibly beyond humankind’s existence on Earth. If true (and at this late date, it surely does seem to be true), all of this can give us unprecedented insight into the meaning of life itself, informally and formally…in and beyond the fields of science, religion and history.
UFO Connections To Our Human Culture

First, if so-called UFOs truly have been with us since the beginning of time, it seems obvious on the surface that they most likely have influenced our culture, or possibly have been an integral part of our collective development or progress…and in some cases our personal progress. They at least have affected us in ways that most of us don’t yet understand. Without getting into extensive proofs and supporting information, it seems obvious to me that what I experienced was also experienced in ancient history and prehistory. The phenomenon I and others experienced, for instance, is described somewhat perfectly in The Bible from Genesis through Revelations and in other historic writings and documents. However, I don’t believe what we encountered was nearly as profound or important. This especially includes Zechariah Sitchin’s Earth Chronicles and the ancient Egyptian, Babylonian and Greek texts, etc.

Secondly, it is obvious to me that “they” were an integral part of my life, periodically appearing and influencing me at some normal and critical times in my life.
– For instance, they took a neighbor boy and me up into what I call “the large object” (what appeared to be a futuristic airliner) when I was about three years old (1940). There they told me they were here to change humankind and the way they did it was to enlist help from people like me…etc, etc, etc.
– At about 13 years old (1950), they somewhat initiated me through ceremonial routines that were related to Ancient Egypt and the Masonic Order, etc, etc. They told me at that time that the small alligator-like beings were in charge of my life-long education and development.
– Passing from Junior High School into Senior High School, they told me that I would go to college and be an “engineer” and that I had better get used to the idea.
– At other times they told me that we, they and I, would communicate through ESP, etc.
– …all of this among many other things.
In June of 1957 my friend and I were told that “they” were the monitors or keepers of the Earth who were responsible to a hierarchy, etc, etc. We met historic inventors who displayed their inventions, and it was indicated that “they” worked with the inventors to help develop new devices, etc, for the betterment of humankind, etc. “They” indicated that this sort of thing had been done throughout the centuries.
Especially during the 1950s (and at other times) I and those people who were with me (normally just one person) experienced time travels where we were taken into the future and shown and told what we would do in the future…at times receiving information that involved minute technical details. We traveled with who I call “the familiar strangers” who were humans. Astonishingly after my 1986/1987 recollections, I met those same “familiar strangers.” We compared information and found that some of us had been shown and told some of the exact same things during our respective so-called UFO encounters. (It was amazing!) It involved what I call the ET/human “project” to be developed in Nebraska and some adjacent states. It involves helping others, especially orphans, etc, etc.
Observations concerning the particular mysterious way the craft, beings and what seemed to be normal but mysterious men arrived near us during the encounters…coupled with the new discoveries in advanced Physics and Quantum Mechanics…indicates that they were “multidimensional” or from another dimension that was somehow overlapped on our three dimensional time/space reality. They, not I nor those with me, caused it all to occur.
Others and I experienced many more encounters and I received much more detailed information.
Considering many other reported happenings, much more information, and that many other so-called “UFO Contactees” have experienced similar encounters, I can only concluded that UFOs …and the mysterious intelligences who are connected to the craft… lie at the very core of our human culture.
If this is the actual case, the implications are awesome. If people could truly know this and very earnestly consider the best qualities of human experience, I believe we can solve an enormous number of cultural problems, including lawlessness and all kinds of unnecessary human suffering.
For additional information please see: http://www.johnfosterufos.wordpress.com and http://www.johnfosterart.com Page 4.
For the original version of John’s talk at the 2001 International UFO Congress Convention – “UFOs At The Core Of Our Human Culture” see http://www.ufocongressstore.com/John-Foster-Presents-UFOs-At-The-Core-of-Our-Human-Cultures-DVD_p_488.html .
Again…the very best to everyone…John