UFODigest.com » Aliens and UFOs » Who goes there?- Part Two 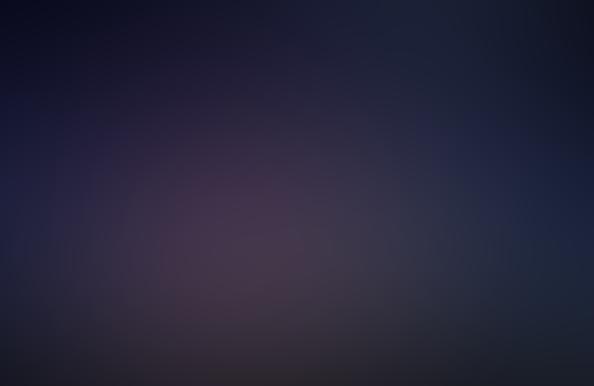 Science-writer and Editor Ian Ridpath and researcher Vince Thurkettle laid the case at the doorstep of a meteor the British Astronomical Society confirmed for December 26-27, as well as the lights from the Orford Ness light house, both supposedly synchronized with human error. Jenny Randle speculated, along with other possibilities, that the UFO could have been a crashed American stealth craft:

“It definitely was not the lighthouse,” said Warren. “The object moved, it was physically moving from side to side. The objects we saw in the sky were not meteors in that they stood in the same position and moved horizontally and occasionally vertically.”

Researchers Ray Boeche and Scott Colburn told of 17-eye-witnesses, along with official documents: “Many of the close witnesses to the events have expressed ongoing problems in dealing with what happened to them during that night…they are troubled by vivid nightmares of the events, and are fearful of government reprisals if their role in expressing these events were to become known,” they had seen a dark silver-colored metal object with rainbow-colored lights on it.

One curious aspect throughout the book, and seen in many other UFO Journals, is the “repeater phenomenon” where a person seemingly has continuous interaction with the phenomenon usually seen as craft flying in the air. I suppose, if UFOs are a real phenomenon, one is bound to see them often; however, some psychologists said it denotes falsity or a willingness to believe.

Warren and Robbins had continual sightings over the years—I’ve counted seven or more in the book—but realizing my personal bouts with nocturnal lights that may have turned out to be ’plain ole’ airplanes or helicopter lights,’ I could only speculate.

The interviews with witness Colonel Charles Halt proved interesting, yet very confusing, as tales of deception and accusation crept into the story. These things seemed inevitable the more time that passed and more players became involved. Ray Boeche, Jacques Vallee, and others poached the possibility that a “psychotropic experiment” was performed that night with the use of holograms. Halt felt that Warren was somehow duped, even if a craft was involved:

“…I think Larry Warren has been influenced, and I’ll leave it at that…it’s called disinformation…you’re being used…there’s something funny…”

Halt said that he saw documents showing Larry Warren had not finished his training till mid-January, while Warren said that his training ended December. Warren also said that he had his flight-assignment document as proof. Halt reiterated that Warren had been “meddled” with. Warren agreed that all parties may be part of “somebody’s science project.”

One of the curious and bewildering aspects of Ufology and Fortean phenomenon in general, was the odd (what the late psychologist C.G. Jung would call) “synchronicity” of the phenomenon. In many ways, the J. F. Kennedy assassination and flying saucers seemed to be strange bedmates. Other researchers, such as the late Ray Palmer and John Keel, noted the ‘meeting’ of players in both mysteries. Kenn Thomas of THE STEAMSHOVEL PRESS likewise noticed the connections:

About his new book JFK & UFO: Military Industrial Conspiracy and Coverup, Thomas said: “It focuses on the intertwining connections between the Para political world of assassinations and conspiracies, and the Ufological subculture, and how they work together even today.”  (July 7, 2011, Greg Bishop) Thomas later credited Jorge Luis Borges for recognizing “the labyrinth,” and said that scientists Paul Kammerer and Albert Einstein indicated that synchronism was a “physics holding the world together.”  (October 30, 2011.)

Synchronism happened in the Bentwaters case with the alignment of Gus Russo with Larry Warren.  Russo was a chief ‘mystery player’ in the Kennedy scenario. His mention had been latched-upon by assassination investigator Jim Garrison and other parties. It was discovered that Russo suspiciously debunked most pro-conspiracy theories and even supported lone-assassin theories. This same Russo ‘buddied-up’ to Larry Warren.

Part Four showed investigator Chuck Decaro ranting and raving nonsensically in a question and answer interview with Warren and Robbins much like the Madder Hatter in Alice’s Wonderland. A later interview with Halt again reiterated his suspicion that Warren’s story seemed inconsistent. “It’s more than one thing,” insisted Halt, “the whole area is fraught with East End Charlie stories.”

On July 15, 1995, the late UFO analyst Budd Hopkins performed a classical “time regression” hypnotism of Larry Warren. Knowing “what dreams may come” in a typical Hopkins-style hypnotism, one almost shuddered as one began to read the session.  Instead of aliens, however, Warren found himself reliving his descent into the aforementioned underground locale and seeing seven other people with him on his trip underground. He never finished the session. Apparently, Larry was abducted, but not by aliens in the normal sense, rather it was by a military presence.

Has anybody checked out auto license plate 2J1-6B?

The remainder of the book was decorated with news and mementos on the incident. Robbins located a UFO sighting by Airman David Dickerson in the summer of 1983 in Ford Keep. Dickerson knew Halt, Warren, and Greg Battram. The closing of the book carried Warren’s and Robbin’s speculation about CIA and government “destabilization.”

Following, in a further mysterious development, Sgt. Jim Penniston told the History Channel that when he had touched the Alien craft in Rendlesham Forest he was somehow given a download of info in the form of binary numbers, which he had recorded in 12 pages of his dairy.

“The binary codes, were a direct result of contact with a physical craft; a craft of unknown origin. Meaning it was an unidentified craft and where it came from is still unknown.”

“The communication of binary codes was accomplished, when I physically touch the craft’s glyphs, which were located on the outside skin of the craft. It activated a technology which is unknown to me, and apparently to everyone else too.  The technology then communicated a series of ones and zeros to me. The communication transfer was accomplished within minutes. There was an area of about fifteen feet which surrounded the outside of the craft. This area I will call the bubble: For within the bubble, static electric pulsed upon my clothes, skin, and hair; also an appearance of slowing of time. The air seemed dead, not transmitting any sound.”

“…28 – 29, December, 1980…photographs and film were shot, and later classified. Witnesses were debriefed; later, some were meddled with by its members of the Intelligence Community, who played an opportunistic, or parasitic role, after the facts,” said Warren.  “Purpose: unknown.”

Tactical teams from Germany had flown in on an unmarked C130 aircraft to check damage to the nuclear arsenal at Woodbridge.

Peter Robbins said that he felt the NSA (National Security Agency) also ran a psych-ops operation at Bentwaters: where reality ‘ends’ and mind control games by the government ‘begins’ is untested, said Robbins, or even unobtainable.

“I believe the craft and life-forms we saw in Rendlesham Forest were from another reality altogether,” said Warren. “This stuff doesn’t have to be from planet X, does it? The phenomena may originate closer then we think….It involved a number of vehicles and living beings, alien in every sense, that doesn’t reside in our concept of reality.”

Amongst stories, charges and counter-charges, the bedrock of Ufology to date contained hopeless solutions for those who grope with the mystified topic.

“A secret is still being kept at Bentwaters,” said Warren. “Our governments don’t want us to know what that secret is.”

“Nothing less than our right to the truth is at stake,” said Robbins.

Both UFO witnesses, Jim Penniston and John Burrough, had forged ahead with additional testimony that will hopefully clarify much of the confusion in a co-authored book by St. Martin’s Press: 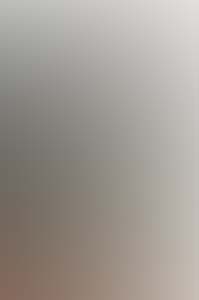 “It is our belief that the Rendlesham Forest incident is a bigger and more significant UFO case than Roswell. It is our intention, in this book, to place into the public domain everything that we know about the extraordinary series of events that took place at Bentwaters and Woodbridge, both during the encounters themselves, and in the aftermath. While there have been previous books on the subject, they have been written by people in the UFO community. Now, the military personnel at the heart of this incident will finally have their say.

“This case has been devilled by misinformation, disinformation and by people wanting to write themselves into the story. We intend to set the record straight and tell the full story of these extraordinary events for the first time. We do so in order to reveal the truth about events that we believe are of immense historical significance and public interest. We also do so for the men and women stationed at Bentwaters and Woodbridge at the time, many of whom have suffered as a result of what happened. It is our hope that the publication of this book will lead to the wrongs they have suffered.”

(North American rights in Nick Pope’s Rendezvous at Rendlesham have been bought by St Martin’s Press for publication in 2013.The book draws on the exclusive testimony of two witnesses, John Burroughs and Jim Penniston, to the best documented of all UFO sightings – that at a USAF base in Suffolk in 1980.)

For more information or to purchase this book from Amazon.Com simply click on its title: Left at East Gate: A First-Hand Account of the Rendlesham Forest UFO Incident, Its Cover-up, and Investigation

And for the Kindle lovers: Left at East Gate